The rising power curve in any video game, be it ARPGS, strategy titles and so on is an important part of offering progression to the player and part of raising the power curve involves the use of pure upgrades to make the player feel powerful.

However continuing to balance your game with bigger and more powerful items can lead to balancing issues or the player feeling weak instead. This is where the concept of sidegrades come in and how they can provide more depth compared to a rising power curve.

A pure upgrade is any item that is a complete improvement over what the player is currently using — The player goes from a sword that does 5 points of damage to 20 for example. And the rising power curve of item design is an important part of both progression and the allure of RPG based systems.

A power curve can exist in both titles that feature set loot design or randomized loot design, but the purpose remains the same for either. Having an always escalating power curve for both enemy and loot is standard procedure for game design. You want the player to always feel like they’re getting stronger and that the enemies are compensating to some degree.

However, while the idea that simply raising the power of items will lead to engaging gameplay seems good, there are inherent issues to keep aware of.

Let’s start with games that feature a set power curve. The first problem is that loot and enemy progression generally go hand in hand. Meaning as the enemies become stronger, you should have better loot to compensate. But if the player is not finding any new items they may be faced with situations that they are just not prepared for due to the game’s design. 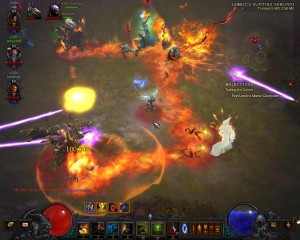 Diablo 3’s original problem with loot was you were always relying on pure upgrades to have any chance at keeping up with the escalating enemy strength.

This is what happened to me in Card Hunter where I was stuck between a rock and a hard place.

Because I wasn’t finding better equipment either in the stores or from completing quests, I found that I was too weak to deal with quests at my level to score the much needed loot. And I was too strong to repeat easier quests as the chance of finding upgrades was slim.

Another problem is that when dealing with set items, the power curve between the items and the enemies must remain balanced. If either gets too far ahead of the other, you can have some issues. Either the player will get too powerful and find the game’s challenge trivialized or the new enemies are simply outmatching the player with the equipment that’s in game.

What’s worse is if you decide to escalate the challenge with new content but not develop any new equipment to help balance it for the players. With Payday 2, players have noticed that Overkill has made the game a lot harder with new enemies and the over the top difficulty setting of death wish, but there have been no new weapons or armor added. So while enemies hit a lot harder and have higher health, the highest damage potential and defense remain the same.

With randomized loot, the problems are worse as not only are things escalating, but now you have to deal with the random number generator to decide when or if you’ll get upgrades.

This was the problem with Diablo 3’s original loot design and how the rate that you were finding new loot wasn’t consistent with the enemy growth.  Either you would find something that would far exceed the enemies, or you would be stuck with your gear while the enemies would take you out.

With Loot 2.0, things have gotten better with enemy and loot power curves growing at the same rate, but what’s interesting is how things change when you hit the level cap. At level 70, there is only one loot table available and there is a finite range of where loot attributes can reach. At this point, the loot hunt turns from finding pure upgrades to finding gear that matches your build.

A system of pure upgrades is great as it can provide a lot of motivation to keep playing, but there is an alternative that requires more work but provides deeper gameplay as a result.

A Sidegrade is where instead of receiving a pure upgrade from an item, you instead get some negatives to it as well. Maybe that high powered shotgun only has 2 shots, or that armor only blocks ice damage and not fire. Sidegrades rely less on developing a power curve and instead are about stretching the rules of your game design.

Creating a good sidegrade system is about setting a benchmark for your equipment. Essentially you are creating a basic outline for how your characters or your equipment work. So that let’s say all assault rifles can have damage from 50-70 points while shotguns start at 90-120. From there, you can tweak the attributes of your weapons around to create entirely new weapons that may work like the base model, but have subtle differences. 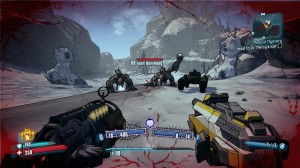 While having an escalating power curve for weapons, the variety of statistic tweaks made it harder to declare one weapon” The best one.”

There are three great examples I want to touch on, first the defacto champ of sidegrades: Team Fortress 2.

TF2 originally started with no items whatsoever and instead every class had a predefined set of attributes and weapon variables. So a sniper could not shoot as fast as a heavy and a medic did not have the speed of the scout.

What Valve did was take all those constants and used items to tweak them, providing benefits at the cost of something else. Maybe that Heavy minigun does less damage, but it slows enemies down making them easier targets. The beauty of their system was that the basic class definition and play style never changes, but these items tweak things enough to provide a different experience.

Next we have Ironclad Tactics that went with simplicity to add depth. As a CCG base design, you had to design a deck out of a variety of cards. What they did was instead of using a power curve to make cards innately better than others, they created a simple scale: All weapons by default could only have between 1-3 points of damage.

This had an effect on all aspects of card balance as it allowed the designers to create one point attacks with other bonuses and they were able to fine-tune health and armor balance as well. Again, using the set constraints of the system, the sidegrades allowed for more strategy and depth than just having a simple power curve progression. 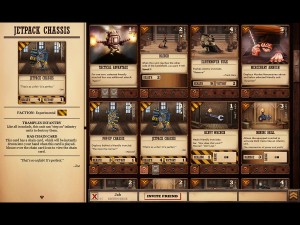 By keeping a baseline for power, the developers were able to then expand out and create a variety of cards that remained viable throughout the game.

Finally we have the Borderlands series which were coined Role Playing Shooters. What the developers did was they had a power curve in the form of item levels, so a level 20 handgun was better than a level 5.

But the sidegrades came in the form of every weapon and fictional manufacturer would have altered base stats.

So one pistol could shoot high damage shots and have a scope like a sniper rifle, while another did less damage but the fire rate was so high that it acted as a SMG. This gave the weapons a lot of personality and made it much harder to decide what was the best gun for the job.

Understanding the baseline of what your equipment should be is always the first step in sidegrade design, as once that’s establish, you can tweak them in any way you like for sidegrades.

You do need to be careful with how little or how much you tweak weapon stats. Go too much and as we said the item become a pure upgrade. But don’t go far enough and you can instead overload the player with minute choices. This is what I didn’t like about the Torchlight series where they hit you over the head with so much loot of minuscule differences that it just slowed the game down for me.

The choices should be big enough that there is a viable difference between item A and item B, but they should still be small enough or have a disadvantage so that A is not greater than B.

Going back to Team fortress 2, the sidegrades do everything from altering the base stats of the player to unique bonuses with that item. But you’ll never see one class’s items step on the toes of another. So a minigun will never do the same damage as a rocket launcher or the Spy will get the ability to double jump like the scout. And within each class, the items are varied enough so that it’s not about picking the best item, but what fits your play style the best.

Sidegrade design is a lot harder to balance as you’re designing equipment that should not be a direct improvement to anything else that you’ve designed before. But the payoff can lead to games like Team Fortress 2 that are still going on both from a casual and competitive point of view.

THOUGHTS ON
“The Impurities of Pure Upgrades in Game Design”