Team Fortress 2 in my opinion is one of the most fascinating games ever made. Valve managed to transcend both the retail market and the game’s original design and transformed it into something all its own. It’s also known as the first non MMO retail game to not only last for over seven years, but the first to go F2P with microtransactions. Many companies have tried emulating this success (Very recently Overkill Software with Payday 2,) but no one else has managed to do it as well as Valve and what I wanted to talk about today.

What Valve did Right:

It seems like ages ago, but there was a time when Team Fortress 2 was just your standard retail-based shooter. When the game originally launched, it featured much of the same gameplay as the original mod with the added benefit of the new aesthetic. The series’ team-based combat drew a lot of people to it. Then something happened: Valve started updating the game.

Slowly over the first few years, Valve introduced updates that were simply content additions: More maps and a new gameplay mode; all this was free and added to the value of the game. The first time Valve added in items that could be equipped came in the form of achievement-based items for the Heavy. The use of achievements to get items would remain in effect for several updates.

Correct me if I’m wrong, but this lasted right until the first introduction of hats; whereby Valve switched to a random drop system for all the items. At this point, Valve has yet to charge for any content they added to the game and there were no microtransactions. When the game officially went to F2P and added the Mann Co store, Valve did several important things with that.

The key takeaway from Valve is that they did not go straight to microtransactions. Free items were a part of the community before the game went F2P; after the change, you could still get these items through play. Also, when Team Fortress added in microtransactions as a form of revenue, they removed the initial price barrier to play Team Fortress 2. Granted, this was at a point where everyone who would have bought TF 2 had, but the gesture was still good.

The F2P update from Team Fortress 2 was handled very well, thanks to Valve laying everything out there for the fans to understand

And the rest is history: Team Fortress 2 is still going strong with a healthy community of players and modders alike and set a standard of both F2P design and PR.

With that said, let’s look at the other end of the spectrum and what is going on with Payday 2.

How Overkill messed up:

As I talked about in my previous post on Overkill Software, the studio has grown dramatically both in terms of scope and resources. When Payday 2 originally launched, they were only intending on doing 6 months of DLC content, but after the positive reception and consumer base, they decided to go all in and turn Payday 2 into a thriving game like Team Fortress 2. This meant expanding the number of DLC, adding in new game systems and having annual events.

Payday 2, like Team Fortress 2, is a completely different beast now than it was at launch. Unlike Team Fortress 2 however, Payday 2 features paid DLC that ranges from new heists, to packs that feature new characters, weapons and masks. These DLC packs have helped fund the game’s continued support and helped to increase the amount of support several times. 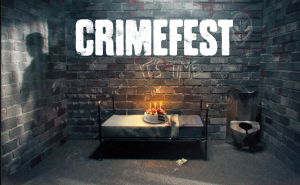 Payday 2’s Crimefest events have updated the game tremendously and given it a lot of growth, but most of the updates to the game have a cost to them

People have complained about the number of DLC, but the majority of players were fine with it. That all changed when the Black Market Update came out during the recent Crimefest event. The update added in cosmetic weapon skins and was a requested feature for some time.

However, it also added in two unwanted changes. First, these skins could only be unlocked by getting safes in game and spending 2.50 per drill. Second, these skins were given at random and there were skins that offered stat increasing benefits on their weapons.

This came after the developers declared no microtransactions at the game’s release two years ago; safe to say, people weren’t happy about this.

As with Team Fortress 2 and what Valve did right, we can break things down for where Overkill went wrong.

When it comes to making money off of a video game, there are three options available: Having people buy the retail copy, spending money on DLC and spending money on microtransactions. Typically, people are fine with one option, lukewarm about two and will become furious with all three. Payday 2 at the moment is triple dipping and despite the previous post talking about their greater expenses, that does not make people happy.

Unlike Valve who prepped the community for the change with adding items beforehand and the bonuses for people who already bought the game, Overkill made no considerations for their existing fan base. After the disastrous day one of Crimefest, Overkill made the drills as possible drops in game, but with a very low chance of appearing. While this does help slightly smooth the Pay to Win argument, it does not change the fact that Overkill handled this transition to microtransactions the wrong way.

As it stands, there are no benefits to the consumer base for the microtransactions, and to have it come out during their big 10 day event of free content was seen as a smack in the face. Right now, we still don’t know if the game will continue to have paid DLC or what will be the status of Payday 2 going forward. 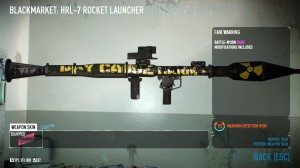 When Valve went F2P, they broke it down for everyone about what it means for the game’s present and future.

Keeping your consumer base informed of big changes like this is paramount and Valve handled it perfectly.

Of course, we need to mention that there hasn’t been an announcement of Payday 2 going F2P at this time, but it’s strongly being hint at by the recent microtransaction news. Again, no video game can triple dip its consumer base for long before people get fed up.

Taking a game and making it F2P is not a light decision; you need to provide benefits to new players while not stepping on the toes of your dedicated fanbase. Valve made sure to reward its current fans while providing value to newcomers. Whereas Overkill has not shown any compensation towards their existing fans and the microtransactions are seen as a means to simply get quick money through new players.

As I said previously, the fallout from Overkill’s handling of this and what it means for their future remains to be seen. With many fans angry and performing campaigns to lower their review scores, they need to put out the fires ASAP, before everything gets destroyed.

Spintires — Failure At the Wheel