Recently I finished played The Wolf Among Us by Telltale games and I enjoyed it for the most part. But one area where I do not like Telltale’s trend is with them dialing back player agency which is the subject for today’s post and how it works at different degrees through the game design.

Player agency is one of those terms like RPGs and replayability that is tough to define. The reason is that it can mean different things for different people and it’s hard to come up with a non subjective definition. For this post and for myself in general, I’m going to define it as the following:

Player Agency: The player’s ability to impact the story through the game design or gameplay.

There’s a reason why I have to be that specific with the definition, as there is no video game that plays itself, so the player is always technically involved with moving the story forward. So we have to have some kind of restriction to be able to set up a working definition.

To help us understand what this means, let’s talk about some examples of player agency and those that aren’t. Action games like Devil May Cry, Ninja Gaiden or RPGs like Final Fantasy have very little to zero player agency. Yes the player is technically moving the story along by being a bad-ass or hero, however any and all plot reveals and movement on that front is handled by cut-scenes. 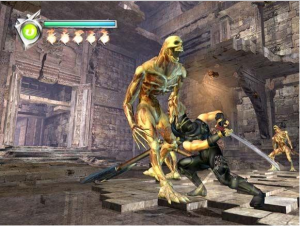 Player agency in action titles is usually very low due to how the story flows being out of their hands.

A game like Mass Effect or The Wolf Among Us does have player agency: You can decide the fate of characters and what information is being revealed which in turn affects the story both in the short and long term.

One exception to the action or traditional RPG player agency rule is if the game features morality or multiple endings (see Shin Megami Tensei games for example.) While the player only has a small impact on the story, it still counts as giving the game player agency.

Player agency is one of those elements that doesn’t make or break a game by having it or not but is still important to factor in when designing your game. Deciding how much or how little player agency you want for your game is important as once decided on, you want to keep that for the rest of your game. Because if you don’t this is where gamers will have problems with your narrative.

When we see problems with player agency, they usually show up if the designer tries to change things in mid gear: Either by adding or removing the player agency that’s there already.

We’ve seen examples of this on both sides and we’ll start with Deus Ex Human Revolution. While the game gave players the ability to alter their play style, the story remained largely the same. But at the very end, the developers pulled a Deus ex Machina (no pun intended) and basically told the player to push a button and get an ending.

Deus Ex kept the story out of the player’s hands all the way up until the end where three endings were thrown at them.

While Mass Effect had the opposite problem, throughout the trilogy, the designers let the player decide how the plot would advance and gave them a huge amount of player agency.

While the general story would be the same regardless of who was playing it, there was a huge degree of personalization thanks to how much the player could control.

But at the very end, the developers did a similar thing as Deus Ex; they removed the player agency and in this case told the player that there were only three set endings that could happen. In both examples we can see a shift in how much player agency the game had and the expectations of the player were altered.

A Wolf In Sheep’s Clothing:

And this brings me back to the Wolf Among Us and a problem that I’ve been having with Telltale’s change in style. Since they’ve moved away from traditional adventure gameplay to focus on storytelling, they’ve been teasing about how the player controls the story through their choices, except they really don’t.

Popups that say that “Snow White likes your answer” doesn’t mean anything when she then disappears for the remainder of an episode and these choices never came back to do anything. With The Walking Dead season one, there was all this fuss over who would stay with you for the finale and that your choices matter… but again they really didn’t. No matter what you did or who you helped, the game always ended up the same way.

With Telltale’s titles, the problem with player agency is promising choice and not delivering on them. Now I know that some of you will argue that the choices were personal and they meant something to you but that’s really a cop out on the issue. Saying that someone is angry at you or doesn’t trust you doesn’t mean anything if that person still acts the same way towards you every time.

(Not so) Life and Death Choice:

Good player agency is about having the player make choices both large and small so while yes, not every choice should be a matter of life and death, they should still mean something to the character and the plot. Wherever you start the game at in terms of how much control the player has on the plot, should be where it ends. 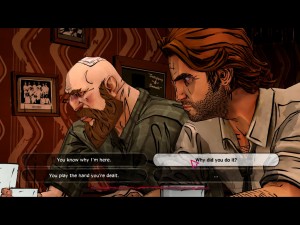 The Wolf Among Us had plenty of choices for the player, but only a few were far or short reaching.

And one last complaint, player agency is not about arbitrary choices affecting the plot.

Because you didn’t give someone a cup of tea means that they will not have the strength to climb up from a ledge and die is not an example of a good narrative.

Choices can be both personal and far reaching, but the writing should be able to clue the player into which is which.

Not everyone wants to control every detail of the story just as some fans don’t want to play what amounts to a virtual sightseeing tour. But when you boast that your game is one or the other, you’re hurting your title by making false claims. 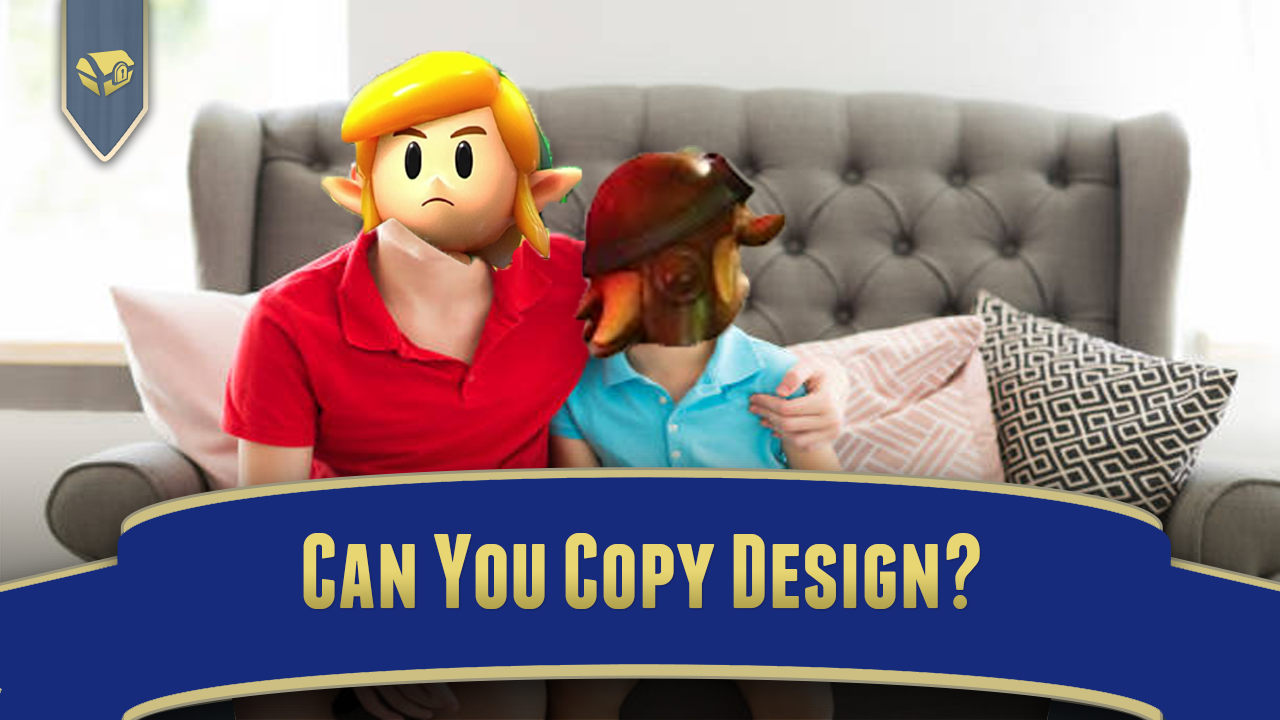 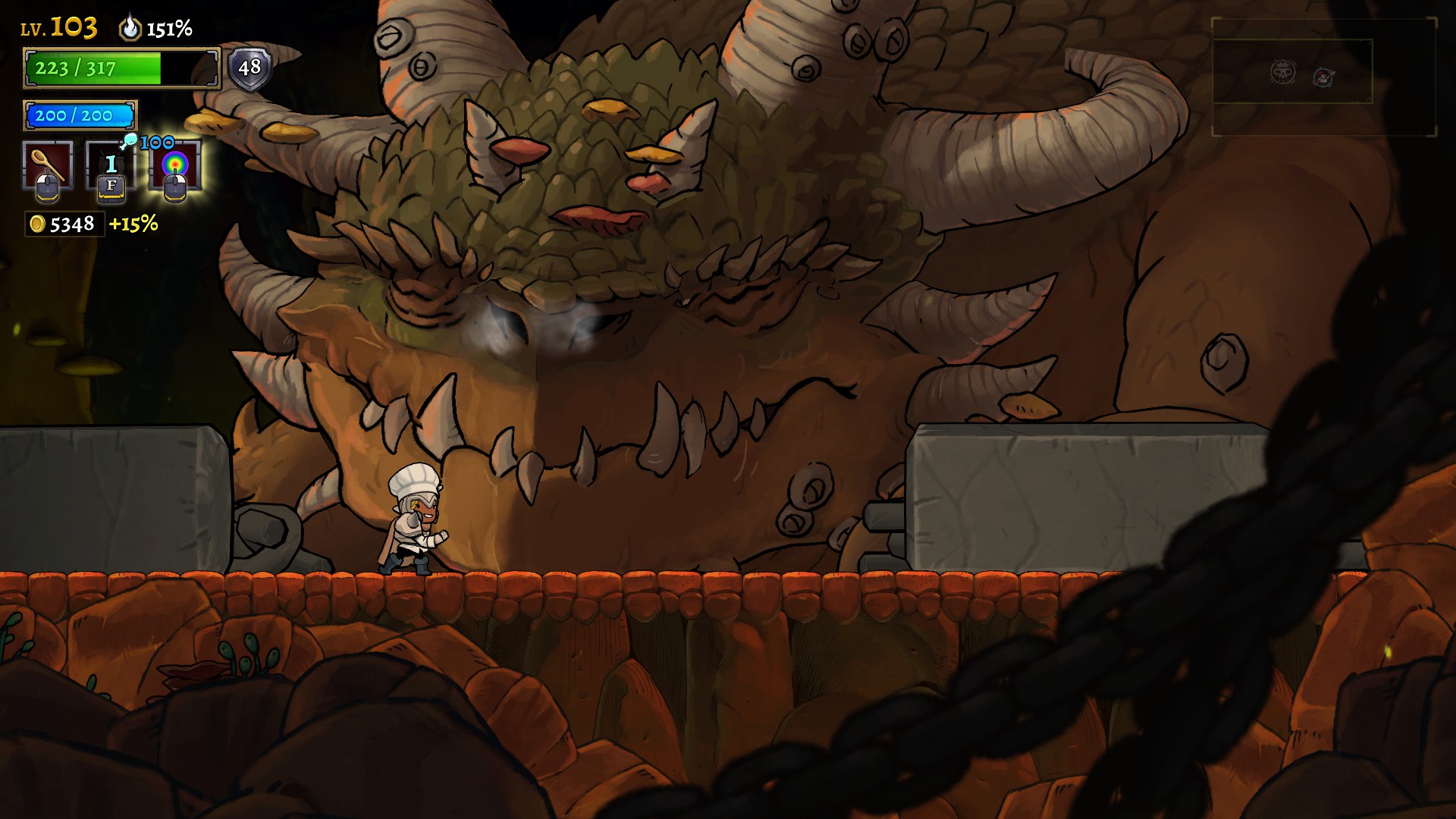 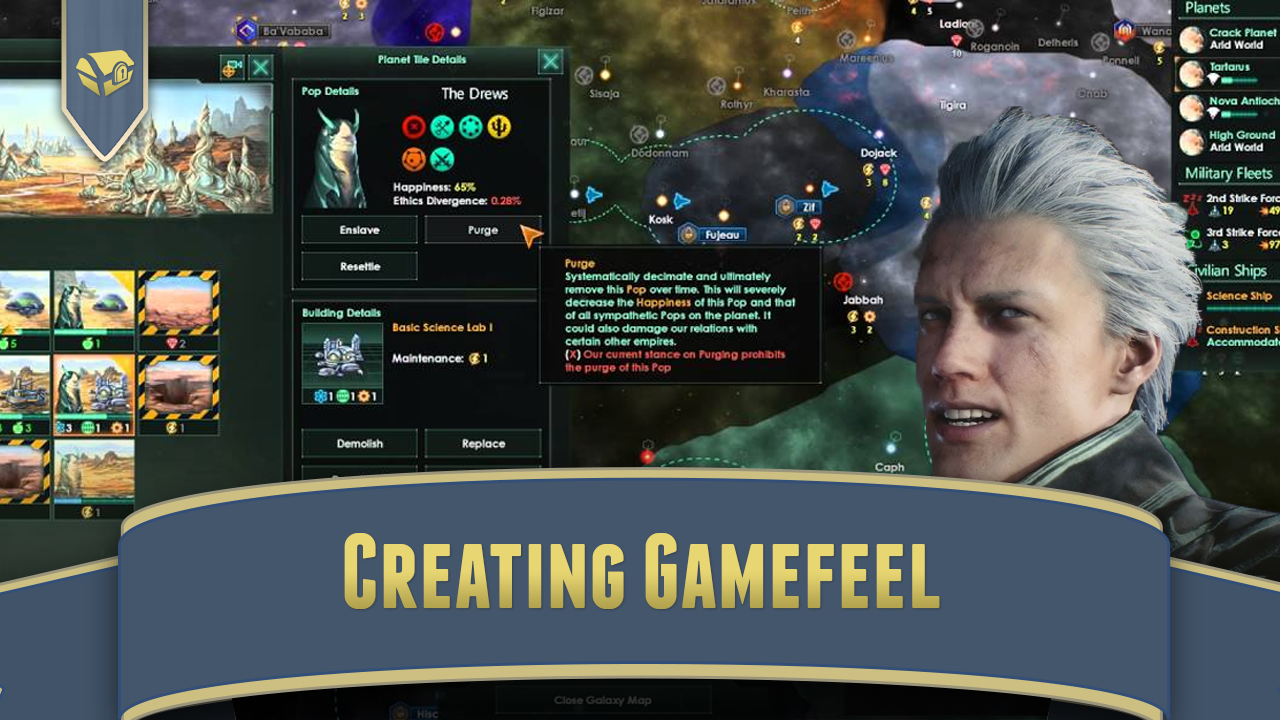 The Wolf Among Us Season One: Huff and Puff