How I Learned to Stop Worrying and Love Video Game Sequels

Video game development is all about an iterative process of building a game’s design and mechanics bit by bit to create an amazing experience, and this also applies across games in a series. While many gamers have decried the phenomenon of “sequelitis,” or when developers constantly put out sequels, their actual implementation is important and a part of what has led to some of the best games around.

Video game development is a complicated task, all the more so when you’re developing something new. One of the hardest elements that go into making a game is deciding just what’s going to be in that game. A popular example of why Indie games are so focused is the fact that the developers are dealing with the constraints of an Indie studio. Indies don’t have millions of dollars in technology, dozens of people working for them and a publisher putting up the big bucks.

The first game that you’re making is also where you are literally starting from scratch. You don’t know what technical limitations you’re going to have, or even what your game engine is going to end up as. A common killer of a game is having too many ideas and not realizing what you can and cannot make.

This is why the first game is essentially the test. The test is to see whether or not the basic concept of this game will sell and what’s going to be the foundation going forward. If it’s good, we’ll expect to see more; if it’s bad or doesn’t sell, it can go away quietly. 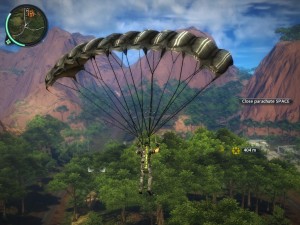 Speaking with Arcen Game’s Chris Park in previous casts, they’ve adopted more focused development cycles over the years. That way, they can see if an idea has merit and is worth growing without spending years working on a massive game.

This was a lesson learned by Arcen after spending way too much time and money for little return on the ambitious title: A Valley Without Wind.

The game was unique, but it also had issues of being all over the place and the market didn’t respond to it. You may think your one-of-a-kind idea is amazing, but you won’t know how well it sells until it hits the market. And once the game is out and the results are in, it’s time to talk about the sequel.

The Gloves Come Off:

After a game makes their splash on the market, the developer now has a foundation to build on. You already know the core gameplay and the engine you’re using, now it’s time to make that better.

Some of the best titles in recent years were sequels based on games across the spectrum: Just Cause 2, Assassin’s Creed 2, Dark Souls, Borderlands 2 and so on.

With the sequel, you’re now afforded the luxury of growing the mechanics and seeing where you can take them. More importantly, you can now try out those crazy concepts that you didn’t want to mess with in the first game. The reason is that you now have the foundation of design to work with: Something that you can fall back on to see if new mechanics would either grow or enhance it.

It’s very hard to experiment while building, as you never know how something is going to work. If you build your entire game around mechanic X while trying to figure out the game, but then realize that the rest of the game is not working with it, you’re left in a lose-lose situation.

Another point is if you keep adding elements to untested systems, to only find that the systems don’t work and everything has to be scrapped. When I spoke with Adriaan from Abbey Games on Renowned Explorers, he talked about the nightmare of developing the game. 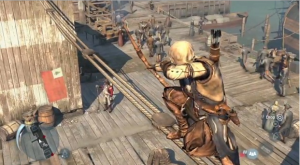 They did something really risky: They experimented with completely new designs while still trying to build the initial foundation. That meant that the core gameplay kept changing until they found something that worked; taking more time than if they settled on a core mechanic from the start.

But if there is one series that suffered from failing to launch with sequels, it would have to be Sonic.

The Sonic Sequel Screw Up:

In a recent post, I talked about my love of the original 2D Sonic Games, but we all know what happened over the last decade. The Sonic titles continued to disappoint with failure after failure on the market. While there are plenty of things we don’t know behind the scenes, we can talk about what we saw.

Each Sonic game after Sonic Adventure 2 tried to be its own thing. This meant establishing a completely different baseline of mechanics and design. Whether it was shooting with Shadow the Hedgehog or three-man parties in Sonic Heroes. With each game came the developers changing what the core mechanics of the series were. This meant redesigning the engine, rebalancing the mechanics and basically starting from scratch.

The developers never managed to get 3D Sonic right, or more importantly: Get the baseline of a 3D Sonic game right. Sonic Adventure 1 and 2 came close, but the series was abandoned after that. They kept on firing ideas into the dark and hoping that something would stick. In fact, the whole reason why the newer 2D games were received so well was because they were based on the older games. The developers looked at the classic Sonic games as the baseline, and then grew those experiences from there. 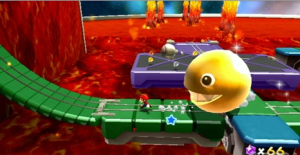 Speaking of the classic Sonic games, do you know why they were so popular? Sega used the original game’s design as the foundation and structure for the other games. Allowing them to grow the series and add crazier ideas on top of that concept.

The new ideas during the 3D era could have worked if they were built on a solid foundation to start with. It’s like trying to design a building’s blueprints while building it at the same time: Just complete chaos.

Because they couldn’t find a design that worked, they kept on knocking everything down and rebuilding from square one. That also meant each game having continued camera issues, bugs and gameplay concerns; things that could have been solved by iterating on baseline designs with sequels.

Contrast that with Mario and we can see how things were different. After Super Mario 64 worked so well, Nintendo used that design philosophy as the basis for all future 3D Mario games. Mario’s moveset and basic goals haven’t changed that much over the years, but the advances in level design and structure have.  There is a world of difference between the level designs of 64 and Super Mario Galaxy; something that couldn’t have happened without the foundation.

As we talked about before, Nintendo did experiment with new designs on side-stories of the Mario games; leaving the main design that worked alone.

A game designer that succeeds in the game industry has to understand that game design is a growing process. Your first title or design is rarely going to be the multi-million dollar winner. Being able to get a foundation and then grow that is an essential skill. Just making a game to begin with is hard enough; trying to experiment at the same time is adding fuel to the fire.

Again with rare exception, the best games out there have grown from pre-existing designs or earlier titles. Don’t believe me? Let’s talk about Mario one more time. We all know that the first game is an important piece of game history, but you would be slapped if you try to say that it was better than Super Mario Brothers 3 or World.

So the next time someone complains about sequels to games, just remember, there’s a good chance that your favorite games were a sequel to something.