The Seriousness of Video Game Storytelling

Video Games have evolved as an art form over the decades, and the push to tell deeper and more meaningful stories has come from the indie side. Games dealing with depression, suicide, sexuality, and much more are available. But no matter how far video games have come and will go, it presents a very tricky conversation: Are video games the right medium for these stories?

The Goal of a Video Game:

Video games are not the same as other mediums and industries. A video game at the end of the day is a product first and foremost; no matter how much a designer may want to argue. The second you put a price tag on a game, you are creating a product with the intent to sell.

The second point is that video games are an interactive medium. Unlike a TV show or movie, the audience cannot enjoy it as a passive experience. That level of interactivity is the game industry’s biggest strength and weakness when it comes to this topic.

A player can experience something firsthand unlike other mediums. However, this is where critics will discuss the problems with video games getting serious.

As we’ve said, video games must have gameplay to them. One of the biggest areas of ludonarrative dissonance is trying to tell a story that is coupled with game mechanics. We’ve talked about this before: How the good guys are mass murderers, being able to survive fatal damage in cutscenes, the different tones between gameplay and story, and so on.

You cannot just say that something is serious and at the same time surround it with crazy gameplay. Some may argue that you should just have it in non interactive games like visual novels, but that defeats the point of interaction.

This becomes even more of a factor when we talk about games depicting real life disorders or events. Because video games are considered products, it can feel like the designer is either trying to make light of bad events, or exploit the good ones.

When Things Get Real:

Video games are able to provide the player with a limitless amount of virtual and fictitious experiences, but what happens when a game tries to depict something real?

There was blowback in Call of Duty World War 2 for taking the Normandy landing and turning it into a loot box drop and player lobby. It’s important to hold history to some reverence; especially with people who have family who lived through it.

When you are trying to show real life disorders, either mental or physical, you have to walk a fine line between making it a part of the story, and not misrepresenting them.

Last decade, there was a game that had a protagonist who suffered from the disease congenital analgesia, or not being able to feel pain. As someone who experiences chronic pain on a day-to-day basis, I really wanted to see how they were going to handle it. After the opening cut scene however, all that fades into the background for third person combat. 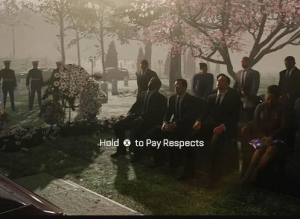 When handled incorrectly, emotional beats in gameplay can come off as manipulative

It’s very easy to make light of a disorder, or try to play it up as some super power that you should be grateful to have. Another point is trying to use a real event to get an emotion out of the player through gameplay. The infamous “press X to pay respects” scene was a case of emotional manipulation going too far.

On the other end of the spectrum, we can talk about depicting when things go wrong.

Shock and (Not) Awe:

As we’ve seen, there have been a lot of cases lately of people going for shock value when it comes to video games and YouTube videos. While this certainly turns heads, its bad taste to try and profit from a disaster or something bad.

Video Games have to walk a very fine line when allowing players to perform evil acts or participate in real life atrocities. It’s very hard to show something from a neutral position without it being seen as glorifying it.

Trying to tell a serious story and have crazy gameplay is like trying to have your cake and eat it too. It starts to look tasteless when you stop what you’re doing to show a real life tragedy, and then go right back to the gameplay like nothing happened. In this case, it once again feels like the developers are trying to manipulate the audience with something shocking.

When it comes to telling a serious story, we have seen developers make it work by keeping the focus on the player’s reaction, and not glorifying the event.

Games that have managed to walk that line when it comes to serious stories follow the same trend. Instead of the story being about the event and trying to make commentary on it, the game focuses more on getting the player to think about what’s going on. 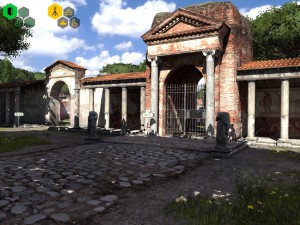 In these games, the player is forced to experience either a real life incident or decision, or gets to see a philosophical situation firsthand.

In Papers Please, the player is a border guard and is ask to balance serving the state vs. keeping their family alive and the needs of the people coming through. With the title This War of Mine, the game puts the player into the role of civilians trying to live during a war zone.

These games never explicitly come out and say “War is Bad”, or “War is Good,” but leaves it to the player to think about that through the actions and design of the game.

For a philosophical approach, we have seen several games try to answer the question “What does it mean to be alive?” A few I’ve played have been The Swapper and the Talos Principle, and I’m sure there are more out there.

The Game Industry presents an interesting medium for storytelling thanks to the player’s interaction. However, as things mature, video game storytelling has come a long way from “save the princess,” and the same stories that work in other mediums cannot be done as easily here.

Can you think of a video game that handled a serious topic through gameplay respectfully, or one where they dropped the ball?