Hitman has become one of the most interesting gaming franchises out there from a design and formatting standpoint, simply because the games have presented such a broad range of styles. Typically, when a shooter or stealth game finds success, its sequels and spinoffs stay safe, sticking to a tried-and-true method to enjoy the same success as the original. This is why the last four or five Call Of Duty games have been more or less interchangeable since the franchise first became so explosively popular.

By contrast, the Hitman games are for the most part all but interchangeable. That’s not to say there aren’t some similarities between a few of the titles; altogether, there are actually 10 Hitman games that have been released since 2000’s Hitman: Codename 47. Some are more similar than others, but in general there are four distinct styles that have emerged over the years.

The primary format for Hitman games has been that of a third-person stealth/shooter game with open, albeit linear, levels. That’s to say the levels function at least in the image of open-world environments, in that AI-controlled characters are moving about freely, whether or not they’re involved in the mission. However, there is a set path you’re meant to take through the level. Despite the widespread preference for open-world gaming these days, some long-time Hitman fans appreciate the structure of these levels for a game that’s based largely on stealth and scheming.

There’s a certain value to knowing what you’re supposed to do next, rather than simply going about things as you please. This general format was introduced in the original title, Hitman: Codename 47, which is described on Steam as a game of stealth and tactical problem solving as means of executing individual missions.

Other Hitman console games have stuck with the third-person style and even with mission-based progression based on a combination of stealth and action. However, the titles that haven’t stuck with linear, limited-level environments have instead embraced more of a “sandbox” approach, which is to say individual levels function like open worlds with no restrictions or limitations. 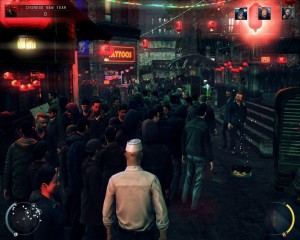 You still have to beat missions and levels, but you have free reign to do whatever you like while doing so. The first major example was Hitman: Blood Money, though the recently released Hitman may have perfected this style.

Gamespot’s review praised the game for its intricately woven sandboxes that offer a range of decision-making opportunities that can all drastically alter the gaming experience.

As Hitman has gained popularity over the years, it’s also become source material for a few spinoffs that are completely unrelated in terms of style and gameplay. Most notable of the bunch might be the Hitman Go turn-based puzzle app.

However, there’s also a Hitman slot machine game that is popular at a few online sites and has been described as a game that brings Agent 47 to the reels. That’s really the idea of games like these: to bring an iconic character into new formats, where relatively ordinary games like turn-based puzzle apps and slot machines can be enhanced by the presence of an established persona.

Finally, and perhaps inevitably, there have also been adaptations of Hitman that limit missions to fixed position sniper activity. This eliminates some of the stealth aspect of the series (though you can still shoot objects to affect environments and manipulate characters), but it also embraces one of the most exciting parts of assassin-based gaming. 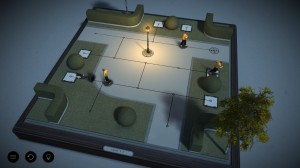 Hitman: Sniper Challenge, a spinoff of Hitman: Absolution was the first game to focus almost solely on sniping, though the Hitman: Sniper app may actually be the better game.

It was called a legitimately fantastic mobile title in a review by Touch Arcade, and the truth is the sniping-based action works so well on a touchscreen that it’s actually better than the worst of the console titles.

The impressive thing with any gaming franchise is when a certain atmosphere is established that remains present through multiple versions of the game.

Hitman has accomplished this, but it has done so without becoming repetitive or dull. Thanks to its different designs and gameplay styles, this franchise has stayed remarkably fresh.

Perhaps even more importantly, though, the franchise has enabled itself to cater to different preferences among gamers. Personally I, like many modern gamers, have a preference for large worlds and free exploration. Thus, the games that stray closer to traditional open world environments are the most appealing to me.

But given that there are others who find that level limitations lend structure to gaming, as well as those who simply prefer smaller games like fixed sniper experiences or Hitman-based mini-games, it’s probably safe to say that variety has been the franchise’s greatest asset.

Written by Joe Franklin, a freelance blogger from Boston who is a Hitman fanatic and can’t stop playing the latest title from the series.

If you enjoyed this guest piece and the other content on Game-Wisdom, please consider donating to the Patreon Campaign. Your donations help keep Game-Wisdom going ad-free and with more great content.

THOUGHTS ON
“The Different Formats for Hitman Games”