Abyss Odyssey is the latest game from Ace Team, the makers of the insane Zeno Clash and Rock of Ages. The developers continue their streak of original games with an attempt at combining rogue-lite design with fighting games. The experience is different but there is a certain lack of polish that keeps the game at the moment only skin deep.

The story of Abyss Odyssey takes place during the 1800s in the capital of Chile, where a warlock who is so powerful that his dreams come alive, is sleeping deep within the earth. When chasms open up in the capital and monsters from the warlock’s nightmare appear, it’s up to three figures that were also born of his dream to make their way down and try to wake him and end the nightmare.

The art direction was well done with the developers using their Chilean heritage for enemy designs as well as the city where the game takes place. Each time you play, the Abyss itself is procedurally generated with rooms graded based on their difficulty.

As you get further into the game, you’ll eventually unlock three possible entrances to the Abyss, with the shorter paths having more hard areas. What makes Abyss Odyssey interesting is how the developers have taken cues from fighting game design when developing the combat system.

The combat system is a takeoff of fighting games, specifically that of the Smash Brothers variety. You can attack straight on, crouched, aimed high along with variants based on if you are holding in a direction. You can also grab enemies as well as dodge and block.

Each character in the game also has special attacks that can be assigned to one of three commands. These abilities feel right out of traditional fighting games with a variety of moves. 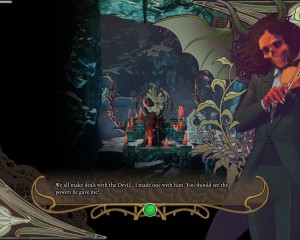 The art design for Abyss Odyssey was really great, from characters to the backgrounds.

The other unique element of the combat system is that once you collect enough mana, you can attempt to capture any enemy in the game to be able to transform into them, including the bosses.

With each enemy having unique attacks, animations and attack ranges, gives the system some depth.

There is a deliberate feeling to the combat as every animation has a noticeable delay that leaves you open to attack.  It’s possible to pop up enemies into the air and continue attacking them for more damage and to look cool. The developers were so proud of their combat system that Abyss Odyssey not only features co-op mode, but four players vs. just like in Smash Brothers.

While Abyss Odyssey sounds good on paper, the implementation of these systems has some problems to them along with one very questionable mechanic.

The problems with Abyss Odyssey stem from the systems not being as developed as I would have liked.

Combat and controlling your character, more often than not feel sluggish. The delays when attacking and moving leave the game feeling off paced compared to other fighting games. If you watch any footage of a traditional fighting game like Smash Brothers or even Street Fighter, you can see how responsive the characters are.

There were plenty of times where trying to move my character in one direction, they were still going in their original one and completely whiffing on attacks. I also noticed that jumping up to ledges was also finicky and didn’t work all the time. 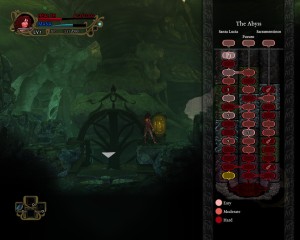 Right now, your path through the game is pretty repetitive each time you play, despite the procedurally generated levels.

With Abyss Odyssey, the sluginess doesn’t make things deep, but just slows things down. You can’t read animations like you would in a regular fighting game as the animations play out almost instantaneously.

Most characters don’t have uninterruptable attacks, meaning that range wins out over everything else.

This becomes very noticeable on the game’s “nightmare mode” where enemies will attack you all at once. If you are fighting enemies with equal to or longer range than you, it’s almost impossible to get in and attack without being punished. Abyss Odyssey could have really used some more advanced defensive maneuvers to compensate short ranged characters.

The special abilities while cool would have been better served being attached to the characters as opposed to being assigned as there is a lack of options for the combat system. It seems like the bulk of the depth with combat was done on giving all the enemies different attacks, but without a complex system it feels somewhat wasted.

The problems from a rogue-like perspective are that the game at the moment just doesn’t have any real meat to it. The procedural generated levels are very basic and could stand to use some more events and variety. There are very few weapons and gear types and since you start every run back at square one, you won’t really be able to use too much gear.

Currently there are only three bosses in the game and one has a random chance to appear, leaving you to fight the same pool of regular enemies every time. However with all that said, the developers have one ace (no pun intended) up their sleeve, I just don’t know how good it is.

Abyss Odyssey has a very different Meta game progression compared to other titles. When you start the game, you’ll see the warlock’s book which represents the game menu. On the cover is a picture of his mask which as more people beat the game, the mask starts to crack. When the mask completely breaks, a new mask will take its place and the game will change.

The developers talk about the final boss gaining new forms and other changes to the game. It’s a very ambitious concept to base game progression on the community; however I’m not a big fan of it for two reasons.

One, at the moment the developers are the ones who have to check and update the mask, leaving progression at the moment stuck. They have announced that they will implement an automated system for this. To make matters worse, the counter for game wins stopped working after a patch and the game did not tally warlock kills for a few days. While this won’t be a problem after some patches, it’s not a good first impression for a system so critical to the game’s progression. 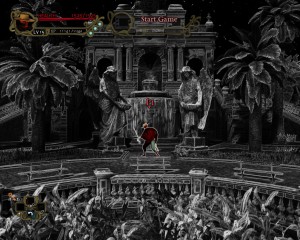 Each character plays differently, but the combat system as a whole lacks refinement.

The other problem is that it removes progression from the player’s hands until the community catches up.

One of the elements I loved about The Binding of Isaac was how the farther I played, the more stuff was unlocked. Here, I’m kind of stuck until things get updated and the game expands.

Abyss Odyssey is a very ambitious title from Ace, but the systems lack polish in my opinion to make things truly stand out. Instead of two unique systems meshing together well, here it feels like the fighting game and rogue-like mechanics were stitched together and they don’t necessarily click at the moment.

The Free to Play Last Straw or Owning vs. Renting Debate