The Alluring Affect of Achievements on Game Design

It’s time for another educational post with today’s subject on achievements and why they have grown so popular. Chances are, if you are a regular reader here or into games to begin with, this post won’t be anything you haven’t heard before. But it’s important to explain concepts for people new to the industry and achievements are definitely a vital topic.

Achievements as many of you know already are awards for “achieving” specific goals intended by the game designer. While games have had in game means of assigning status symbols or rewards to players, the first official use of achievements came with the Xbox and the use of Xbox Live.

Challenge based is achievements that require the player to do something beyond the basic gameplay of the title: Beating the game on hard mode, collecting hidden items and so on. Challenge achievements range in difficulty but the basic element remains the same: The player has to actively pursue them as opposed to just unlocking them as they go. 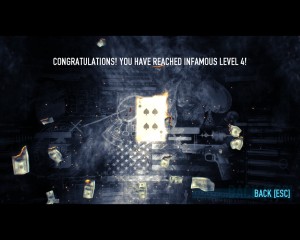 Talking about the finer points of achievement design is a major topic and something a bit too big for this post as we are looking at them from a broad point of view.

For older gamers and people new to the industry, the idea of playing a game for rewards might sound weird — Shouldn’t playing the game be reward enough? Yet we’ve seen over the last decade why achievements became so popular and were in a sense the catalyst for concepts like the Steam Trading Cards.

Achievements were sort of born hand in hand with the rise of digital distribution and connecting people to game accounts. This kind of persistence to games and gamers was one of the defining moments of the last decade. Video games no longer existed in a vacuum and instead became tied to people as well as their achievements.

And that’s the first point about achievements: They created an award or mark that remained with the player. Having that persistent gold star on an account meant that the player would always be known for completing that task and was like having a virtual trophy.

As designers made harder and harder achievements, these became trials for people to conquer and became a point of pride for completing the hardest achievements and finishing off a game.

From a design point of view, achievements add value to a game without necessarily adding more work to the designer. While they do need to program in the game to recognize the task, it’s still less development time than adding a new level or enemy to the world.

You can create achievements from taking the basic gameplay of your title and adding in a “mastery challenge.” Let’s say that in a first person shooter, you know people are going to be aiming for headshots with all manner of guns. With that knowledge you can simply add an entire line of achievements around getting X headshots with each weapon. 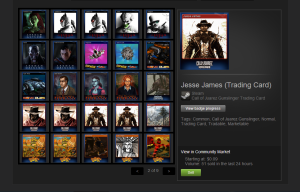 Steam trading cards were Valve’s way of trying to give more value to playing games on the service.

Another great thing about achievements is that they can push players to try new content or play styles that they wouldn’t do otherwise.

Payday 2 features an ever expanding list of achievements built around the various ways of playing the game.

The missing link for achievements that need to be mentioned is providing some kind of quantifiable value to them. With Xbox Live and the Playstation Network, achievements have points or ranking to them. However, none of that actually means anything to the player as in getting something for them.

There have been recent attempts at providing an actual reason to go after achievements instead of just purely out of motivation purposes.

First there was the as mentioned Payday 2 example where Overkill has tied weapon unlocks to specific achievements. This was also seen in Team Fortress 2 originally before they switched to a weapon drop and item store for unlocking new stuff.

GreenmanGaming which is not a developer but an online store has been doing something interesting with their Playfire service. By signing up for it, the service can track your Steam achievements and games bought and give you actual money for completing certain achievements on specific titles. This is perhaps the purest example of giving something to the player for completing achievements.

And then we have UPlay which has been providing in game rewards for achievements. With their service how it works is that each game has at least four achievements that can reward the player with UPlay Points, these points can then be traded in for rewards like soundtracks, artwork, or unique in game bonuses. However it’s important to mention that UPlay Points cannot be used as an alternative to real money.

With Steam’s trading card system as sort of the evolution of achievements, it will be interesting to see how and if they expand on the system to provide more value to players.

Lastly for those of you who would like more information about the impact of achievements or using them as motivation. Podcast guest and fan of the site Jamie Madigan has been blogging for several years now on a psychological view on the Game Industry and design and has written several posts about achievements along those lines:

Achievements may not sound all that important at first, but their impact on design, buying and selling games have become far reaching and something that anyone interested in the Game Industry needs to know about.

Game Industry Myths: part one of who knows