Far Cry 4 was unveiled recently with some added controversy which the series has begun to be known for. The teaser art for the game depicted a man sitting on a destroyed statue as a throne with his hand resting on another man’s head in a subservient position.

What seems like within hours, there was outcry that Ubisoft was racist and just from the screenshot alone. This incident continues the debate about what video games can show and if there is a line that we can’t cross.

(Warning: The following post is about mature topics including rape which I know is a sensitive topic. This is for mature audiences only.)

Video games are an interesting product to examine as the medium has gone through both technological and cultural shifts over the last three decades. During the 80s and most of the 90s video games were seen as children’s toys and something unappealing to most adults. This was how they were marketed, designed and sold in stores.

PC games somewhat avoided this as the PC was seen as the mature platform with adventure titles, simulations and violent FPS titles that were kept away from kids. As game technology improved, so did the ability to better show scenes of violence and the game that led the charge was Mortal Kombat.

Mortal Kombat was the first game that made the transition from the arcade to the home market where kids could play a game where they killed people graphically while mom and dad were watching. This of course was one of the events that led to the creation of the ESRB or Entertainment Software Ratings Board. Whose job has been to classify games by ratings similar to movies and TV shows to make sure that parents and viewers know what they’re getting into.

Despite ratings and the improvement of graphics, it wasn’t until around the last decade where video game perception changed. It was no longer considered just a child’s toy or something for the immature, but products for everyone with different games for different groups.

You still had games for children or the younger audience like Mario, Sonic and so on. But now it was accepted that there were games both mature in their graphics and their content like Call of Duty, Resident Evil and of course GTA. That shift towards accepting the medium as something for everyone was a big deal and a part of this debate. 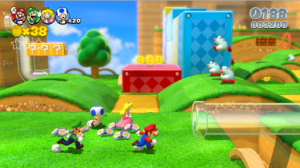 Parent groups and politicians can no longer say that you can’t release something violent or mature on the grounds that it’s being aimed at children.

The fact that children have gotten around the M rating thanks to parents despite being a big problem, is not controlled or managed by publishers or developers.

Despite this cultural acceptance, there are still lines cemented on the video game platform that developers must act carefully around and where the rights of free speech get blurry.

No Longer Fun and Games:

Video games have depicted all kinds of violent acts — From nuking someone in Civilization to watching someone get ripped apart in Dead Space. But there are still three big areas that cause an uproar no matter what the game is or its rating.

First is the act of killing children, held over from the days of kids being the primary consumer group of playing games. Developers didn’t want to show violence aimed at children as that is seen as too much, not only in video games but in other mainstream mediums as well. Some developers get around this by having monsters the size of children, but showing a regular child get brutally killed is still looked down upon.

Second is rape. The act of rape is considered one of the most vile things that someone can do to someone and has so many areas of discussion and controversy that always sparks discussion. If a video game depicts rape, no matter the context or rating of the game, the mainstream media will jump all over it. 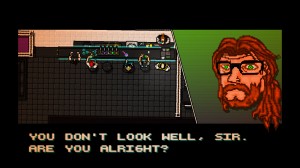 … and something like Hotline Miami is a direct threat to children even though they are not being aimed at them.

Lastly are cultural or religious attacks: Having a game use stereotypes of certain cultures, real world violent acts or insulting a religion.

This is why many designers like to make video games take place in a fantasy or science fiction setting, as they can define their own cultural values or show atrocities and not have it make a statement on the real world.

For religion, designers may either create their own that is similar to a real world, or say that the bad guys belong to a fringe fanatical sect to avoid tying the actual religion to the game.

This is also why video games have yet to depict the actual situations of slavery, the Holocaust or any major biblical or religious event.

And with Far Cry 4, the image of a man not only sitting on a destroyed Buddha statue, but also having a local in a subservient position was enough for people to call out Ubisoft for being racially and culturally insensitive.

There are two main reasons that people use to say why those three taboos should not be in any video game. The first one is that there is always the chance that children could see them. But this one doesn’t really hold water anymore as we’ve talked about the change in cultural perception of video games; you no longer can stand on the platform of “think of the kids.”

The second point however is a lot stronger: That a video game or “entertainment product” is not the right platform to talk about or show these issues and give them the respect they deserve. This is where things can get very heated among debaters as saying that you support any entertainment showing mature issues, can be seen like you support the issue or atrocity itself.

The problem goes back to the branding of entertainment product, being seen as entertainment means that you’re not supposed to ask hard questions, make statements or show something shocking to people. If you’re supposed to entertain someone, why would you need to show rape?

But where supporters counter this argument is by saying that video games are not just an entertainment platform and they can be used to spark discussions on major topics. Titles like Gone Home, Papers Please and The Path were not considered entertainment in the same vein as Mario, Skylanders or even Call of Duty. Or Hotline Miami both glorified and reviled in over the top violence and was 100 percent not for children.

The Rights of Designers and Consumers:

For an issue to be discussed, it has to be shown and not hidden away and treated as a dirty little secret. And yes not every video game that would depict something like rape or slavery would do it in a respectful manner, just as we’ve seen with games dealing with sex. But for us to see the games that would, those topics cannot be left off the table.

When it comes to mature or controversial topics, my opinion is the same as I said on our cast about misogyny and women in the game industry. As a game developer, you have the right to make whatever game you want, about whatever topic you want and no one can demand or threaten you to change it. But you are not immune to criticism and if people refuse to buy your game or want to talk to you about these topics, then you have to respond to that and not just blow it off by saying ” It’s just a game.” 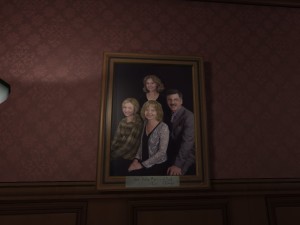 Gone Home won numerous praise for respectfully handling the topic of sexuality and would not have been made for the mainstream market.

For the consumer, you have the right to buy or not buy any game that you want and no one can force you to experience something that you don’t want to.

If a game offends you, you are free to vote with your wallet and boycott that game and tell others to do the same.

However you do not have the right to demand that a game be changed because it offends you or a group for any reason. And I’m sorry, but that also includes the three taboos as well.

There is a big difference between boycotting something and demanding that something should be censored. The former is the power of the consumer while the latter gets into being able to control someone else’s work.

Not every game is supposed to be a blockbuster mainstream success or aimed to be one. I can pretty much guarantee that a game about killing children, rape or looking at contemporary religion is not going to be hitting store shelves at your local Wal-Mart any time soon. But just as not every video game is for the mainstream, not every video game is made for family fun entertainment and PG audiences and there will be games that want to explore something disturbing.

And just saying that something is forbidden and censored has shown over time that it does more harm than good from a societal standpoint compared to exposing these issues and raising debates. People who still think that video games are only for children are misinformed and we are seeing more games from the indie sector that ask tough questions about society and our culture.

We are at a major point in the Game Industry; developers have the means to produce games that deal with shocking and controversial topics. And thanks to the power of the internet and digital distribution, they can release these games without a publisher or store censoring them. Personally I feel that it’s not a matter of if we’ll see games cover taboo subjects but when, and it will be one very interesting day indeed.