The popularity and genre-defining nature of From Software’s mega-franchise Dark Souls has been interesting to watch. Not only with its approach to action design, but how it has helped influenced and elevated the genre for now over a decade. I could talk about any facet of the game as its own article — the combat, the environmental design, enemies, art, etc., but I want to talk about one area where very few competitors have managed to compete with From Software on, and that is the evolution of boss design.

Looking at action games and boss designs, there are several periods of evolution. Early titles had bosses that were either a fixed pattern or a limited set of random patterns that could be exploited. Watching speedrunners of older games, it’s easy to see how it was possible to exploit these patterns to get the AI to do what you wanted.

As the industry moved into 3D and games were able to do more within their game spaces, we saw bosses that became unique encounters, but not in the way that made them exciting to fight. For many 3D action and platformer titles, the concept of a “puzzle boss” or “environmental puzzle” became a popular trend. Instead of fighting an enemy, it was more about figuring out how to damage the enemy at each phase and repeat until they’re defeated.

Despite lots of sword-swinging, the 3D Zelda games all had puzzle boss-like design, and the slew of 3D platformers — from Jak and Daxter, Ratchet and Clank, and many more. The important element of these fights is that as the player you are not really “fighting” these enemies. You can only do damage when the boss is able to take it, and it can often be confusing as to how to hurt these enemies.

For many FPS, boss fights were often just a larger enemy that you need to put more lead into to defeat them. For FPS that did have puzzle fights, it could be hard to figure out why a boss was not dying after you filled them full of rocket launcher ammo. 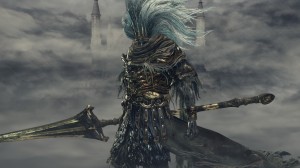 The souls series has elevated what people expect from boss encounters

It wasn’t until the early 2000s when action game designers began to step things up in a way that would be further defined by Demon’s Souls. My personal top three favorite action games of all time are Ninja Gaiden Black, Devil May Cry 3, and Godhand. What these games did was introduce bosses with larger random patterns. While still on the basic side compared to what’s to come, all three titles created bosses that you couldn’t just go on autopilot to fight.

The greater development of “random pattern” combat is something that every action game designer needs to understand.

One of the major evolutions that occurred with action games was the development of random pattern design.

The idea of a random pattern is that every enemy and boss is not designed around just one attack, or “pattern”, but multiple ones. These patterns can be used at any time, hence the “random” part, but what separates modern random patterns from the original is a greater pool of attacks and conditionals. When an enemy or boss is deciding what attack to use the AI will often decide based off of how far away they are from the player, but also what attacks they have already done.

Enemy design today is about featuring a variety of attacks that not only differ in damage output, but animations and attack range as well. The same enemy could attack in at least 3 different ways at any time; forcing the player to adapt. While this is harder to do in 2D games, we have seen several that have attempted to make use of random pattern design within those constraints. Craftier developers may design patterns that start with the same attack or two but then switch things at the end to trip up a player hoping to get a quick hit in.

Random pattern design began to become popular in the late 90s/early 2000s era of action games, but it is the rise of Soulslikes that elevated boss fights.

Chances are if you were to ask gamers who were the most memorable boss fights in a game over the last decade, they would respond with something out of a soulslike, or more specifically, one of From Software’s games.

The entire Souls series has become a watershed moment for action game design and gameplay.  When we talk about the bosses in the Dark Souls series, there are three areas where they differ from boss design in the past.

As I mentioned, they are all random pattern fights. It is normal for a boss in a Dark Souls game to have at minimum five different attacks that it can do at any time; not including getting new attacks at different phases of the fight. Learning the patterns and when it is safe to go in for an attack is crucial in one of these games. Some of the best boss fights in any souls-like have mirrored the player in some facet. Fans of Bloodborne probably have nightmares over the first time they fought Father Gascoigne or Lady Maria, or the many fights in Sekiro.

The second point is simple: the bosses are not just normal enemies. It is common in a lot of action games to take a former boss fight and turn it into a normal enemy encounter going forward. Outside of a few points that fans have complained about (cough, cough, asylum demon, cough, cough, smelter demon), every boss in a Soulslike is a one-off fight. 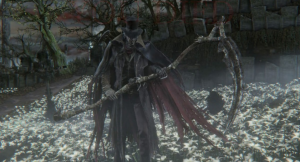 A good boss is meant to be a unique event and that is the third point. The Dark Souls series has cemented this concept of how to do a proper boss fight. The player knows in any soulslike when it’s time to fight — when they see a fog door leading to a big area. Every fight takes place in an environment that matches the theme of the boss, and the boss itself is nothing like what they have fought prior.

This doesn’t always mean that the boss needs to have crazy unstoppable attacks, but can be a situation that the player hasn’t seen before. The dollhouse section in Resident Evil Village comes to mind, as well as fighting Micolash in Bloodborne.

While the Soulslikes series has certainly been the prime example, we are seeing in some cases other developers going with this idea of creating bosses that are atypical for their genres.

Without speaking directly to the developers I have no way of knowing if they were inspired by Dark Souls, but over the last five years there have been more games willing to experiment with bosses and situations that we normally don’t see. Many shmups and bullet hell shooters are built around fixed patterns with a focus on tracking shots at the player, but in 2018’s Zeroranger, the game’s final boss turns into a random pattern fight that they can use any of their attacks in any order: forcing the player to adapt.

One of the hardest challenges in any game, period, was the Valkyrie Queen battle in God of War 2018, who has the current record for most attack patterns on any boss I’ve seen, with 8 prior bosses’ worth of special attack patterns to keep track of that she can literally use any of them at any time.

Third and first-person shooters for the longest time have always had basic boss fights where circle strafing was the only skill needed, but things have changed over the past three years. Remnant From the Ashes introduced the souls-like design to third-person shooting, and gave us bosses that required not only learning their patterns, but having the situational awareness to dodge spawns coming in.

While technically not a boss fight, the Marauders of Doom Eternal very much fit the mold of not being your standard FPS fight, requiring the player to focus them down with a specific set of tactics. With the Ancient Gods Part 1 and 2 the boss fights at the end of each are nothing like any previous fight in the game.

Carrying on the torch from Doom Eternal there is Ultrakill that whatever year it is released is going to make my top ten games of the year list, and part of that is the boss designs. Many of the bosses in Ultrakill feel more at home in an action game like Devil May Cry than in a FPS. Gabriel and V2 are both high-speed encounters with enemies that are just as reactive as the player. 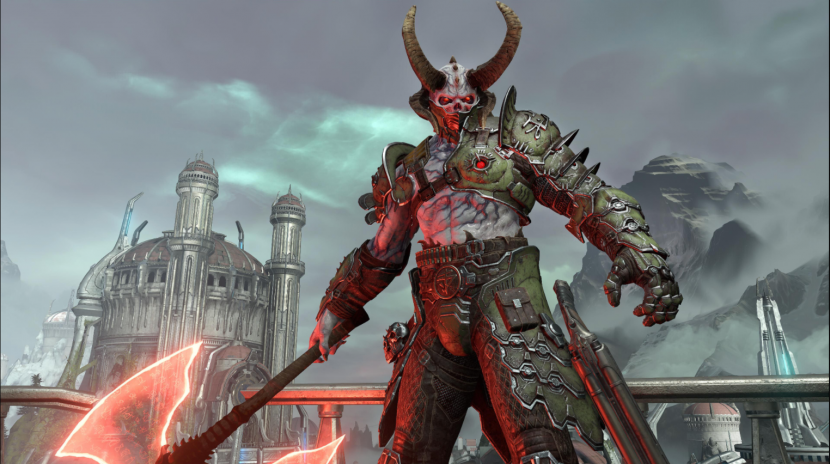 The Marauders are not your typical enemy in a Doom game, and force the player to adapt

Even though I’m not a fan of puzzle fights as a boss, there is one surprisingly solid example of this. Balan Wonderworld features bosses that are actual puzzles, with each one having 3 different ways of damaging them. To get all the rewards from the fight, the player needs to figure out each solution, which is a nice alternative to the fixed design of older fights.

A good boss fight should be a standout moment in a game — something that hasn’t been seen before in the game or will be seen again. When done right, they can provide a unique moment in your game or a suitable test of the player’s skills. Don’t be afraid to look at other genres when trying to come up with a suitable boss for your own. Variety is the spice of life, and boss fights can be that added heat to a good game.

For the reader, do you have a favorite boss fight of the 2010’s, let me know in the comments.

If you enjoyed my post, consider joining the Game-Wisdom discord channel. It’s open to everyone.

A Faithful Interview With Airdorf