At E3, EA announced the “next generation” of Command and Conquer as Command and Conquer Rivals: A F2P version of the beloved franchise. As they, and many supporters on Twitter, were quick to point out, this is the evolution of the real time strategy genre and mobile strategy games. As a fan of RTS games, and obviously the CnC series, this is incorrect, and it’s time to talk about how mobile has failed to learn the lessons of RTS design.

There’s a lot more to RTS design that we’re going to talk about here, but for the sake of keeping things on track, I’m going to focus on some of core tenets of the genre.

Real Time Strategy games have always been one side of the strategy coin; with the other being turn-based. The RTS foundation is built on the following aspects:

Whether we’re talking about micro or macro-styled strategy games, base building has been an essential part of the design. One part progression, and one part limiter, base building defines the tempo of a match.

Players have to manage building an army with upgrading their base in order to get new research options and units. Many strategy games have turned base upgrading into a major part of the strategy process. Series like Age of Empires and Rise of Nations used the base structure and tied it into era advancement. In this regard, players had to balance between creating a massive army vs. a smaller, but more advanced one.

For some strategy titles, base building may be a constant focus throughout a match, or simply used to get production rolling, and then the rest of the game is army management.

The next point is being able to control your army. For this one, there is a wide berth in terms of philosophy. Players should have as much control over one unit, as they can with a hundred.

The big factor when it comes to unit control is just how micro-focused the game is. Titles like Starcraft or Company of Heroes prided themselves on turning combat into almost a dance between the two sides. On the other end of the spectrum, you have games like Planetary Annihilation that was about getting your massive army into position and then watching the spectacle unfold. 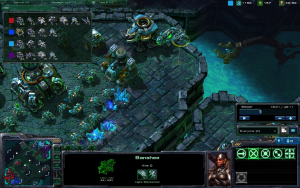 A functional UI is vital for any strategy game

Good unit control requires a well thought out UI to manage armies and individual units, and going into more detail would take us way off topic.

The big part about strategy game design, and we’ll focus this post on, has to do with unit balance. Strategy games have always been built on a foundation of unit balancing in order to keep things from becoming unfair.

Some series go for full asymmetrical balance, such as Starcraft and Command and Conquer. Here, the different factions have completely different units in terms of abilities and stats. Other series keep the unit compositions the same, but may have slight variances and special bonuses; the big example would be Age of Empires in that regard.

At the heart of unit balance is the idea of a rock paper scissors system, or RPS for this post. RPS refers to the concept that every unit type is strong against one other, and is weak against a different one.

This kind of balance provides two key advantages for designers and players. The first one is that it’s very easy to grasp while learning the game and what to do in the heat of a match. For designers, RPS provides a solid framework for creating and fine-tuning units.

With that said, you have to be aware of how much the RPS balance will impact battle outcomes. If the system is too strong, then it can lead to lopsided matches of endless countering. If the system is too weak, then players will not be conditioned to build balanced armies and simply go with whoever has the highest stats.

Unit balance is the make it or break it point for strategy design, and where modern “strategy” games have failed the most.

Chances are if you ask people about strategy games today, they will probably point to titles like Clash of Clans or Clash Royale. Strategy design has shifted towards mobile over the years with a change in design philosophy.

Instead of multiple screens, matches take place on just one. Base management, resources, and unit control have all been reduced. The biggest and most concerning change has been a greater focus on RPG progression and abstraction.

It’s no longer about just fielding an army, but making sure that your troops and abilities are upgraded. By upgrading units, players improve the base stats; making them better on the field. This is where the progression and monetization models combine. To upgrade a single unit, players must spend in-game currency and copies of that unit in order to level them up. The costs of both get progressively more expensive with each level. 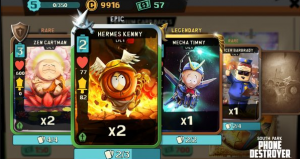 Upgrading units is the progression loop in many mobile strategy games

While this system isn’t the best for the player, it’s very easy to see why developers implement it. RPG progression provides a longer curve compared to just skill. By tying it into the monetization, it also grants an easy way to sell the player base power indirectly.

You can never just use one rare or epic card, you need multiple copies in order to get them competitive with other players. That means many hours farming drops to get lucky, or spending money in the in-game store.

You can also use RPG progression to help the learning curve for new players. By purposely locking more complicated units behind an account or faction level, it provides a sense of growth and discovery as new units become unlocked to be integrated into the gameplay.

Despite those positives, mobile game developers have failed to learn the critical lesson that Command and Conquer 4 and Age of Empires Online learned the hard way.

As we’ve talked about, strategy games are built on either a loose or rigid RPS system. This creates army compositions and a punish for players who just build one unit type. The problem is that a RPS system doesn’t work when there is RPG progression.

RPS by its design is meant to create simple rules of balance: Unit X should always be able to counter Unit Y. When you start locking units behind progression or allow them to be powered up, it creates a big imbalance in the design.

Regarding locking units or options, this is the issue that Command and Conquer 4 had with its design. By not giving players access to all the options, it created a big issue when players of differing levels fought each other. If player A has a unit that can’t be countered yet by player B, then the second player will not be able to respond to the different unit.

With upgrades also locked to levels, this also meant that two players with the same units could still be imbalanced if one could upgrade their units more.

When you start allowing upgrades, or abstraction changes, this presents two big problems with balance. The first one is an easy one: It creates an imbalanced board. Most strategy games on mobile do not allow for direct control over units. What that means is that the outcome of a battle is dictated by the abstraction at play.

Having similar units at different power levels renders any strategy moot, because the higher level one will always win when fighting something lower.

Throwing RPS into mix makes things worse for the weaker player. In Age of Empires Online, attaching equipment to your units would raise their stats; to the point of breaking their unit roles. Someone with upgraded rock units could actually fight back against paper-type units. If the counter to a unit can’t win due to abstraction, then game balance is ruined.

Moreover, because the abstraction occurred outside of the gameplay, there was nothing a player could do during a match to compensate.

The more “strategy” games I play on mobile, the less actual strategy I’m seeing. There is still hope from indie developers making their own RTS, and the announcement of Age of Empires 4 does have some merit.

However, saying that the mobile platform is the new home of strategy games is very disingenuous. While these games are strategy-lite, they’ve removed the core essence of the genre and replaced it with monetization.

Vampyr’s Design is as Grey as its Morality