Should Free To Play Be Retired?

Following the horribleness of Dungeon Keeper mobile, Peter Molyneux talked about how he wants to evolve the Free To Play genre into what he’s calling “Invest To Play.” Of course after that was revealed, many gamers scoffed at the idea especially after the bad press surrounding Godus. But there may be something there, as the term Free To Play continues to get bigger and the problems that have become associated with it.

When it comes to other game genres: Shooters, RPGs etc, it’s easy to see when the genre began and what are the defining elements are. And while granted, genres like the RPG have had their systems appearing in other genres, you can still tell a RPG apart.

But the F2P genre is different because it’s not strictly defined by mechanics, but monetization. And as a result, we have great examples of F2P like Team Fortress 2, League of Legends and Card Hunter, lumped together with games like Farmville, Candy Crush Saga and Dungeon Keeper.

And for the general consumer, they do lump these games together and I’ve lost count of the number of times I’ve read someone say that “All F2P games are a rip-off” and just discount the genre as a whole. 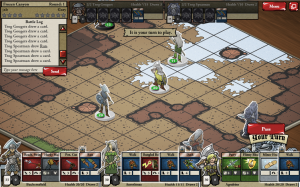 With Free To Play as it is today, a game like Card Hunter that goes out of its way to be enjoyed without spending money…

On previous casts, talking with Joe McDonough and Chris Gardiner who were working on F2P games, they were both worried about the public perception of the genre and how it would affect their games.

Even if their titles were not trying to scam the player, that doesn’t stop people from thinking that they’re rip-offs and not even bothering to play.

This is where the idea of rebranding the genre Free To Play could work to help disassociate quality F2p games from those that are heavily monetized or hurt the overall branding. But there are a few problems with this idea and part of it has to do with Peter’s current project: Godus.

Godus has not been doing so well in terms of public opinion, with no updates in months, leaving many people to wonder if the project was abandoned. Peter’s talk about invest to play was directed at Godus which raises one big problem: it wasn’t originally marketed as a Free To Play game or “invest to play.”

First thing is that for a rebranding to work, it can’t be associated with a game that has earned so much scorn from the public. And if developers just switch to using invest to play to describe any game with monetization mechanics, then we’re just repeating the same mistakes that we did with free to play. 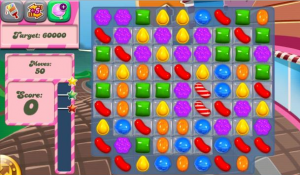 … belongs to the same genre as Candy Crush Saga, which is more about monetization than anything else.

We already have free to play games like League of Legends that continues to grow, Card Hunter that provided an amazing amount of value for free and other examples of the strengths of the F2P market.

The only thing that I could think off where Invest To Play could stand apart, would be something like what’s happening with Star Citizen and how the developers are continuing their crowd funding efforts to add more and more content to the game.

Where the crowd funding aspect is never truly done and the game can continue to get bigger. However there is the negative side of that in how people may not like a game that continues requiring money for it to be developed. Star Citizen is going for a massive universe with tons of content, but what if someone tries this with just a single player experience?

The Free To Play/ social game boom of the last few years has left a major mark on the industry and some could argue that the market has somewhat busted thanks to copycats, cloning and just poor games. So maybe a new term or rebranding could help matters. But as the industry continues to move forward quickly, who’s to say whether monetization or crowd funding will stay the same.

The (Bio) Shock of the AAA Game Industry