What Steam Direct Means for the Future of Indies

Valve announced a major change to Steam last week and how you put your game on the platform. Steam Greenlight will be replaced by Steam Direct; removing the community’s ability to vote for what games they would like to see on the platform. In its place, developers will have to pay a recoupable fee per game that they want to have up on Steam.

This has many Indie developers worried about the future and how this will impact the game market.

Why is This Happening?

With the evolution of Steam, there has been a few lingering problems with the platform. The one impacting developers would be discoverability. Before Greenlight, Valve would vet games to determine which ones would appear on Steam.

Unless you were a big name or knew somebody, chances are you would be waiting awhile. Greenlight was Valve’s move away from controlling the market and letting the consumer decide.  Greenlight has caused an explosion of games to be released. There have been reports of developers abusing the system with either paid votes or releasing “shovelware” games for an easy buck.

Since you only needed to spend $100 one time for Greenlight, it became easy to flood the platform. With that said, let’s talk about what Steam Direct is.

Before we begin, it’s important to note that we’re going by the press release from Steam. With the due date sometime in spring 2017, there is the definite possibility of things being made clear or changing.

Steam Direct will require new developers to provide Valve with tax documents and pay a fee per game they want to publish on Steam. The fee will be recoupable, but we don’t know how at this time, and discussions hint at somewhere between $100 and $5,000.

Once you provide Valve with what they want, you will be immediately put on Steam; no voting or waiting for someone to look at your game. This is obviously a plan by Valve to try and control the quality and quantity of games being released by new developers, but it has certainly caused a stir among Indie developers.

Why Developers are upset:

As we’ve talked about, the life of an Indie developer is not an easy one. Until you’re established, it’s an uphill battle to get your game finished and hopefully earning money. Depending on the developers, having additional money to spend on the fee may not be feasible.

They’re also upset by the fact that this is set to hurt small scale developers the most. The problem is that companies who are putting out shovelware will not feel a small fee to get on Steam. However, having a $5,000 fee would make a dent, but also severely affect new developers getting on the platform. Student developers will effectively be priced out of the store. 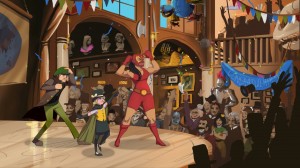 The Indie market is full of hidden gems buried underneath shovelware

Despite hopefully reducing the number of games being released daily, it’s still not helping developers who don’t have a huge marketing budget or clout within the industry. Even though there is still a lot unknown now, we can talk about ways that this could for everyone.

This is one of those topics that can be hard to talk about. Supporters of the fee and changes say that it should cut down on lesser quality games. From their point of view, if a game can’t make at least $5,000 in sales, then it shouldn’t be on Steam, period. Many games are put on Steam as shovelware; ripping assets from other games or designed to get an easy buck before people find out the truth about it.

Critics feel that having a fee before the word “go” puts them in a tough situation. Many students and first time developers could be living on a shoestring budget. One hundred dollars to someone barely scrapping by might as well be one million dollars to them.

The point I feel is that something needs to be done to improve discoverability. As it stands, the system in my opinion is too easily exploited and Steam’s quality has suffered as a result. I’ve talked about this feeling of the bottom dropping out of the Indie scene for years now, and it seems like this is Valve’s way of ending it.

Valve has shown in the past that they prefer automation when it comes to Steam and its policies. While I would love for there to be someone handling things, chances are it’s not going to happen. I do think that the fee should take into account what the game in question is. A developer making a game with a few hours of content for $5 should not be put in the same group as someone making a $30 title with dozens of hours of play. 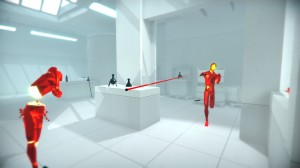 One major point that hasn’t been mentioned yet: At what point are you just on Steam? Steam Direct is only going to be aimed (at this moment) at new developers getting on the platform.

There should be a way to vet developers with an established background or portfolio. Once you’ve proven yourself to be reliable, you should just be able to post your game like everybody else.

The Future of Indie Development:

Again, I know Valve doesn’t want to get hands on, but I think ultimately there needs to be a human factor here. Ultimately, there has to be a way to get great games noticed without the self fulfilling prophecy of the press.

What I mean is that success tends to be a steamrolling affair for developers who are discovered. Get a major Youtuber to notice you or a professional review, and your game will light up the sales charts. If you weren’t on Steam before or having trouble, then that won’t be an issue anymore.

The problem in a nutshell is that discoverability problems make that kind of success few and far between.

For now, we have to end this post, because there is still a lot up in the air right now. Until more is revealed about Steam Direct, I don’t think it’s the best solution, but something definitely needs to be done.

What do you think about Steam Direct? Let me know in the comments.

Dissecting Design: The Binding of Isaac

A Critical Thought on Breath of Fire Dragon Quarter