Gacha Progression and the Study of Stars

As I continue my way through more mobile games during my breaks, I have had a chance to take a closer look at gacha-based systems. While gacha and lootboxes are similar in design and reward, a gacha progression is more focused in terms of rewards and monetization.

To start with, let us try to properly define the two systems. A lootbox for our discussion today will be any microtransaction where the player is spending money on an unknown good. That good could be a consumable, it could be some legendary weapon, or just some bonus resources. The player is expected to keep purchasing lootboxes as the content continues to scale up and demand more.

Gachas are designed to reward the player with something permanent — namely a new character that once acquired can be used in the game. Unlike lootboxes, gachas have an inherent limit on how much you need to spend based on what character you want and the power system (which we will be talking about in a minute).

Games that make use of lootboxes are designed around an everlasting need to open them, with very low drop chances on the best items. With a gacha, developers will never just have one gacha purchase and be done with it. Instead, gachas (or sometimes referred to as “banners”) will go up for any number of reasons: a special promotion, limited-time rewards, something for new players, etc.

Each gacha is programmed to pull certain characters or rewards. To sweeten the pot, many titles will guarantee certain rewards based on the number of pulls the player does. I recently tried the mobile game Arknights, where the very first gacha guaranteed a six-star (or highest rarity) character by simply doing it 10 times. The distinction between gacha and lootbox pulls is that a gacha will always unlock something permanently for the player, while lootboxes are more about consumable resources.

Gacha-driven progression is on a higher scale in terms of monetization compared to simply having lootboxes, and it’s important to understand their allure and design.

When we talk about gacha systems, there are two popular forms of progression that developers use. The first kind flattens out the character ratings and use rarity to drive power. What that means is when the player makes a pull and collects characters, they typically start at one of the lower rarities. Characters are not ranked by their rarity, but instead, the rarity itself acts as a form of growth.

By finding additional copies of characters, you can “rank up” your version of them — raising their overall power and allowing them to compete in higher-level challenges. These kinds of systems are usually popular in games that feature unique characters and a smaller overall pool of choices.

Instead of the gacha hunt being focused on getting a super rare character, it becomes a hunt for the characters you like, and trying to get the resources to build a high-ranking team with them. What makes this system works, is that the hunt for characters is more personal to the player. You’re building a team based on the powers and abilities you like, as opposed to being told that one character is the best in the game.

With that said, it should be obvious that not every character is equal. Any game that features unique abilities and an ever-growing pool of characters will run into cases where someone is simply better than everyone else. The problem is that you can’t just hide that character behind a rarity rating, because that doesn’t exist in these games. If someone is really good at the common level, they could be game-breaking at the legendary rank. 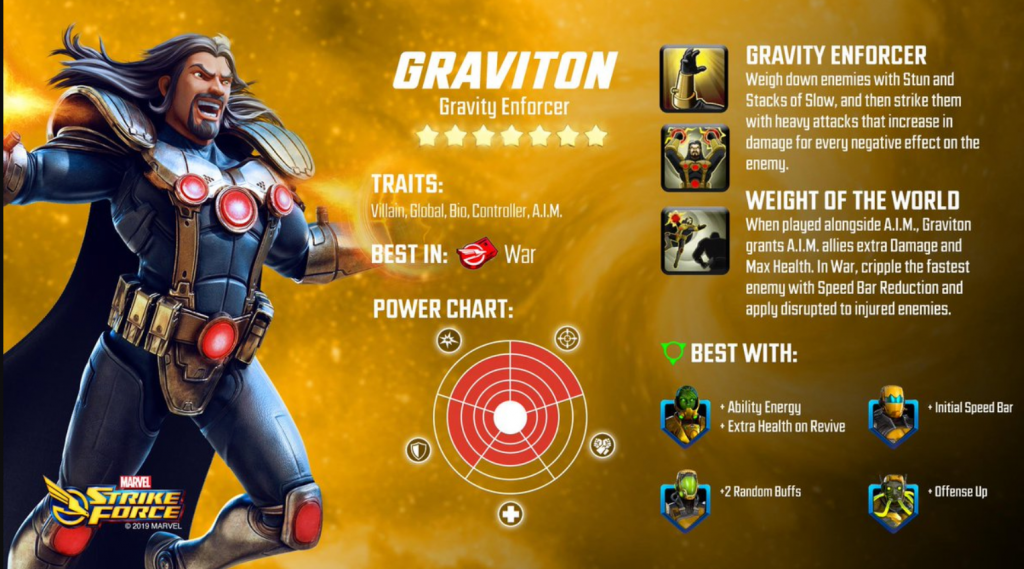 What usually ends up happening in these cases is that the developers will not overly nerf that character, but assign them very low drop chances, which in effect, will raise the pay 2 win aspect of the game.

In Marvel Strike Force, one of the best characters in the game after their introduction was never part of an event to be able to unlock her, because she was the defacto best healer in the game. Some games may put that character behind a paywall or a set of extremely difficult challenges to do as a free player.

An easier way of classifying and ranking characters in a gacha system is with the use of rarity. Developers will either have fixed characters set at specific rarities, or have one pool of characters and have different rarity versions of them.

This system is very popular as it provides a very easy metric for the player to figure out the quality of units, and makes it easy to design gacha banners around. For games that make use of an IP, you can bet that the most powerful/popular characters of the IP will be assigned the highest rarities. For these titles, the star rating itself dictates the base and maximum level of power a unit can grow to, and typically work like this:

Once again, Arknights does just that with its 5 and 6-star characters. Characters at this tier for their respective classes are the best versions and come with unique powers that only they can do, such as attacking at a longer range, summoning units, etc. And of course, the drop chance normally for a 6 star is very low: sitting at 2% per pull.

You may be asking yourself “do more rarity tiers make the game better?” and the answer is no. Some gacha games will go down to three or four: common, rare, epic, and insanely rare, but six is usually the max. Any more rarity tiers will not matter to the game because the player only cares about the highest value characters they can earn and that is where the game’s balance lies.

Gacha design is more alluring and is a major monetization element, but it does raise one big question.

Gacha and lootbox monetization go hand-in-hand when it comes to their harm to players. The association to gambling — specifically slot machines — cannot be understated. Players are literally spending money to gain power over their peers, and this is clearly pay 2 win design. The system works and is an effective progression model for free to play games, but it comes at a cost.

One of the reasons why I did not spend a lot of money playing Marvel Strike Force, or the other mobile games I’m playing now, is the fact that at the end of the day rarity trumps all. You can be the very best player of these games, but without a pool of five and six-star characters, you will be stopped by the abstraction of the game.

Every. single. gacha-focused mobile game I’ve played goes the same way — start out with fast progression, get one or two lucky pulls, and then spend the rest of my time waiting for incremental upgrades unless I spend money. Again, keep in mind I am not the regular consumer of any of these games. 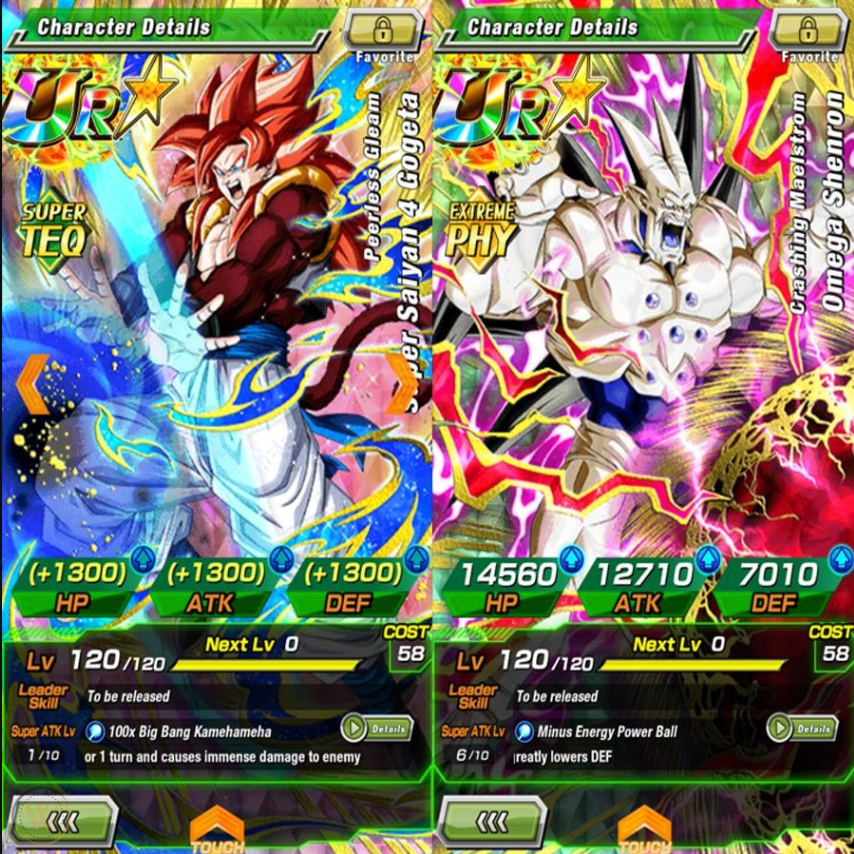 When Rarity defines power, this creates a huge pool of useless characters

The system works, and developers have gotten more elaborate with their gacha banners. The use of rarity tiers to drive progression is a design we can trace from the ARPG (action role playing game) genre. But as we talked about in an earlier post, lootbox (or gacha) design by itself is not enough to drive engagement.

Player skill, or mastery of the systems, is not enough to circumvent these systems. Because rarity also limits the power, there will always come a time from a statistic point of view that you will not be able to keep up with the enemies.

Personally, while using a ranking system is easier in terms of monetization, I like having characters try to exist as evenly as possible. Part of the reason I was drawn to Marvel Strike Force was the fact that you were free to mix and match characters to create teams as in an RPG. The problem came as balance was quietly pushed aside in favor of creating teams focused on synergies.

Instead of being able to build a team of your liking, the only way to compete was to build teams that focused on those synergies for massive bonuses. This strategy became the major source of monetization with the developers releasing new teams one new character at a time, and then made the last character the hardest (and most expensive) to acquire.

It’s a shame, as I like the idea of collecting different characters, and the thrill of getting some special or unique character that changes my strategy. I do not like being told that the only way to move forward is to pull a slot machine lever or play for the next two years daily. I’m still in the honeymoon phase of Arknights, and I’m interested to see how long it lasts. The problem is that if you live by the rarity system, your game is going to die by it as well.

All new content gets filtered through it — if a new character does not have a five or six-star rarity version then it’s useless to your core fans. But that raises a big problem — how do you keep creating new characters that are both original and can sit at the top of the power curve? At some point, your six-star grouping will essentially be split between the good ones everyone wants, and the ones that are made obsolete now.

There is a solution I’m sure some of you are thinking about right now — why not just extend the rarity system after the game has been out for some time? And that is something you cannot do. If you are selling consumers that the six-star units are the most powerful and people spend money to get them, telling them that was a lie will destroy your consumer base.

One option some developers will use is creating a second-tier system that overlaps with the base one: essentially doubling the rarity system. The problem is that now you’re not chasing after a new character, but just raw stats, and is often viewed as even more pay 2 win.

For me, gacha-based design is highly effective in what it does but still falls on the predatory side of monetization like loot boxes. For you reading this: can you think of a way, or a game that does gacha design well without the black hat design?

What Makes a Game Frustrating to Play