A Deck Building Dream and Nightmare

My #1 game of 2021 takes me back to when I declared Renowned Explorers: International Society as my game of the year. It was a game clearly not for everyone, with onboarding and general issues to boot. However, it was such a unique experience with fantastic game systems that I had to overlook those issues. And with that, my #1 game is something that is totally not for everyone but is easily one of the best games I personally played and a tour de force for the developer.

Library of Ruina is a tough game to describe. Imagine a visual novel where the story is broken up by highly intricate deck-building combat that plays nothing like the other games on the market. There are three aspects of this game that make it earn the #1 spot of 2021.

First is the story. The story and characters in this game are some of the most diverse and original ones seen throughout 2021. The game builds off the story of Project Moon’s first game Lobotomy Corporation, but while it references it, the story here is self-contained. A big aspect of Project Moon’s style is the world of “the city” — an apparently post-apocalyptic setting where corporations run the city using advanced technology, all ruled by the mysterious “head.” Every fight in the game is prefaced with a visual novel scene learning more about the people and the situation of their life that leads them to enter the library for you to fight. These stories run the gambit from cute little character moments, existential dread and horror, and the atrocities that can happen in the city. 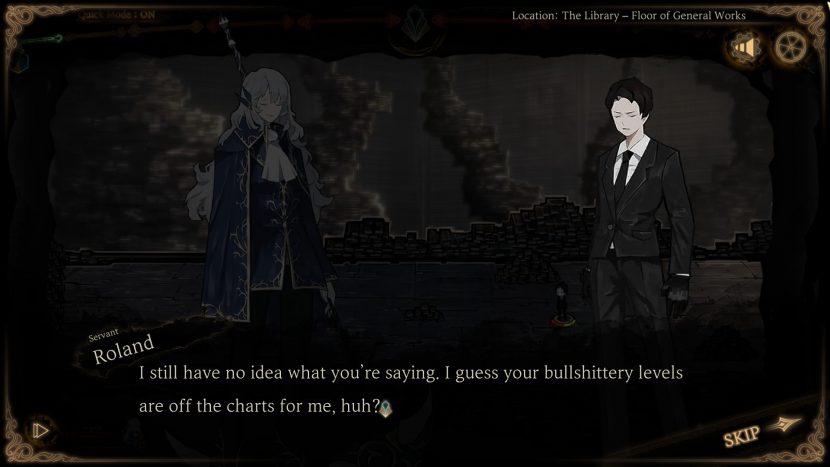 Next is the gameplay. Library of Ruina is the purest example of a studio taking the concept of a deck builder and doing their own thing with it. While you play cards using resources, this is nothing like any other game on the market. New cards are introduced as the rewards for winning fights, with each new chapter acting as the next tier of cards for you to use. I don’t have the space in a GOTY post to talk about the intricacies of combat.

The beauty of this game is that every fight is the hardest fight you’ll face, because each one of those fights is unique. Boss fights will often introduce their own rules and mechanics for you to deal with, and this is a game that has not 1, but multiple, game-breaking strategies that you can use. This is clearly a design that the developers fell in love with, and they couldn’t help but come up with all manner of ways of exploring it. Case in point, I beat the game with the true ending after about 100 hours of playing it, there was literally nothing else left to do in the game, and I still received card rewards with original mechanics after the final fight.

And lastly, there is the music. This game easily has the best soundtrack I’ve heard from an indie studio and a lot of AAA companies in the past decade. The very fact that it didn’t take home” best score/music” from TGAs completely invalidates all the winners in my mind. That may sound like hyperbole, but to prove it, you can go on YouTube and listen to several songs from the soundtrack on Project Moon’s channel. After you listen to “And Then is Heard No More” and “Gone Angels“let me know how long it takes for you to emotionally recover from them, and they’re just two of the amazing tracks in the game.

Returning to the comparison between Renowned Explorers, Library of Ruina is definitely not for everyone. This is a game that does not care about the pacing and flow of other deck builders or RPGs. Expect to spend more time watching the story play out than the actual gameplay. While the UI does the job, it does make it very hard for new players to learn what is going on. Some of the most annoying fights in the game for me were the ones where enemies could negate power gain, as the game doesn’t really show you how rolls are calculated. 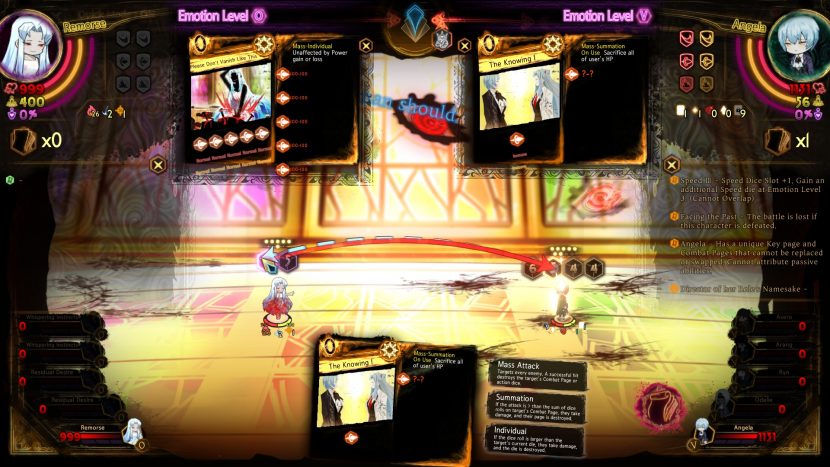 this scene will mean nothing to anyone who hasn’t played it, but this was the hardest fight in the game

Of the games on my list this year, this one has some of the highest churn rates within the first hour of play, and you’ll know within that time whether or not this game is for you. For the people who don’t get turned off by the design, you’ll find one of the most unique deck builders and a game that takes the entire design in a direction that no one else has done since the genre blew up. This is the game that cements Project Moon in my eyes as a developer to keep an eye on in the future. They recently announced their next game Limbic Corporation which looks to be nothing like their last two games, and I’m all ready to try it out when the time comes.