Last week, Microsoft announced the next Xbox console: Xbox One, with plans to turn it into a multimedia platform for every home. As more information came following the conference, gamers became increasingly annoyed with the revealed plans.

One of which was the removal of backwards compatibility with the 360 and original Xbox. I’ve mentioned several times already how vital I view it, but how many times can we bark up the same tree?

Not So Pick Up and Play:

In my piece on timelessness vs. collectability I talked about how classic games just aren’t being made anymore. Part of the reason was due to game design evolving and the other was the changing and growing consumer base.

We don’t see immensely complicated games as much anymore as most people want those that can be picked up and played easily. But on the flip side, there are many great classic titles that still stand as amazing games due to the complexities that would have been removed in today’s market.

Unfortunately reliving our past is a lot harder compared to other consumer industries. The problem is that there is a lot more work and equipment needed: you need the game, the correct system and any vital peripherals and accessories.

Depending on the game and system in question, it could cost you several times more to play them now than it did buying them new back in the day. This is the main allure of backwards compatibility: allowing you to condense the equipment needed and reduce the price.

With PC games, while most older titles ran on machines that couldn’t come close to today’s hardware, game emulation is a lot easier thanks to sites like GOG.com and emulating software like DosBox. 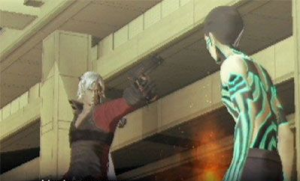 The PS2 saw a number of amazing games like Nocturne released, but what is the chance that we’ll still be able to play them in ten years?

But with each new generation of consoles and handhelds, preserving the past becomes that much harder. The problem is the lack of standardization between game platforms and hardware.

When you look at the SNES, Genesis and Game Boy, you have three completely different pieces of technology and hardware architecture.

This makes the process of running these older titles that much harder as it requires more time and work; a hassle that other hobbies don’t have to deal with.

While not a fair comparison books are very easy to preserve as the act of printing has become easier and easier over the years. Film would be a good example, since the technology was standardize for most major films, it made the practices and techniques to restore and preserve them easier.

Looking on Amazon, I can buy DVDs and Blu-Ray editions of movies and TV shows that were anywhere from 50 to 70 years old and watch them today. How many of you think that someday I could do the same thing with NES games, or even just Playstation 2 titles?

Another problem with varying hardware is what happens when the technology needed to emulate them becomes obsolete or abandoned. The Playstation 4 has been revealed to not be directly compatible with the PS3 and the reason has to do with the cell processor in the PS3.

Since Sony is moving away from the technology, they’re not going to have it in the PS4 meaning that the native hardware needed to directly emulate and run PS3 games won’t be there.

Now, while most people (including me) are not exactly thrilled about the Xbox One or PS4 announcement, there is one other major hurdle for backwards compatibility: the consumer base.

When the argument relit over backwards compatibility the number one reason against it was: “who cares?” And sad to say, but the general consumer base of the game industry shares that sentiment.

The general consumer is conditioned to view the latest version as the superior product: new cars, TVs, phones and so on. This is for good reason as technology continues to improve and so does these products. Look at how much cell phone technology has changed and improved in a decade.

With game consoles and handhelds the same opinion is held: the newer the device the more powerful it is which equals better games (this opinion not always held by yours truly.) The general consumer is more often than not, uninterested in playing older titles. And let’s face it; the majority of older games have not aged well. 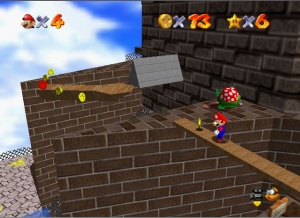 Of course there are exceptions such as enhanced re-releases like the Ico Collection or Metal Gear Solid collection that drum up interest due to the notoriety of the games.

Or when a game is remade and released with better graphics and more features like Final Fantasy Tactics or Tactics Ogre.

Looking at the state of AAA development with annual series like Madden and Call of Duty it becomes easier to see why the general consumer only wants the newest version. With annual releases, you lose a lot of the uniqueness and quality of making a game and it renders older games in the series obsolete.

Tell me; is there any reason for the general consumer to buy the first Call of Duty Black Ops over the second? Or Madden 2005 over whatever version is coming out soon?

When the majority of the consumer base is not interested in playing older games, it makes the decision to leave it out that much easier. To continue adding the native hardware needed, would cost console developments more time and money on a feature that most of their audience would probably ignore.

As the world becomes increasingly more wired with every year, the idea of streaming games may become a possibility. Streaming refers to playing emulated games off of a server that is capable of running the software and having that streamed to your game console or computer. You are essentially taking hardware out of the equation in terms of playing the game and putting it on your internet connection.

Sony is rumored to be looking at this as a way of emulating PS 1,2 and 3 titles on the PS 4 and teaming up with the company Gaikai, co-founded by David Perry.

While this sounds great in theory, in my opinion we’re just putting a bandage on the problem of game preservation. With playing games using streaming and cloud storage, the user does not actually own a copy of the game and is tethered to the service.

Once again raising the problem of what happens when the servers go down, or if Sony decides to move away from this in one or two console iterations. Granted cloud storage has become popular with Steam, however there is a big difference between wondering if Steam will be shut down vs. Sony pulling the plug on their servers. 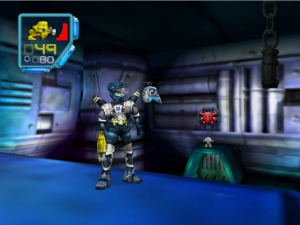 … but what about games like Jet Force Gemini, that weren’t major hits?

Personally I think the best solution would be to have a service similar to GOG but for console and handheld games.

Not having to worry about developing brand new hardware should cut down on cost.  The big issue of course is getting the license from the developers and platform manufacturers.

However a service like that could be viewed as a win-win: The manufacturers won’t have to worry about spending development on backwards compatibility and angering the fan base and the niche fan-base would be able to keep playing their games.

This is when we need to ask the question: Are games really considered art, or are they nothing but products? If they are the latter, then the desire to preserve them would be like wanting to hold on to first generation cell-phones.

But if they are considered art, then we should start taking steps to establish a long-term plan for game preservation. As apparently, Microsoft and Sony aren’t too worried about preserving games for more than a generation at a time.

The last decade saw a huge amount of growth and creativity all around from the industry and it would be a shame to not preserve it for future generations.