These last few weeks seemed to have been a really great time for expansions, between Diablo 3’s Reaper of Souls, Don’t Starve’s Reign of Giants and the FTL Advanced Edition. Each game shows a different aspect of what it means to make an expansion for your game, which the term expansion has changed quite a bit from the old days as DLC has picked up the slack.

First let’s deal with the terminology issue as I know some of you out there may be wondering what’s the difference between DLC and expansions, especially in today’s day and age. Well, there really isn’t that big of a change and it has to do with how the market has changed.

Originally before the rise of digital distribution, expansion packs were your only source of added value from the game maker themselves. These packs could come with as small as just a new set of maps or campaign, to full on unit revisions and new play modes.

With digital distribution came the ability to quickly and easily update and sell additional content for just about any game out there. And the list of possible purchases is really too long to mention here. And because of that ease, developers now either release incremental patches with additional content or bite sized DLC which combined could equal an expansion.

And that last point is really the only main distinction between DLC and expansion today: An expansion could be considered a bunch of DLC rolled into one release.

Regardless of either DLC or expansion, content comes in two forms which we’re going to define as incremental or supplemental. Incremental is content that is added to extend the typical play of a title, such as new campaigns, a new play mode added difficulty, etc. The point is that this content is meant to take the typical playthrough of a title and make it longer and hopefully better. 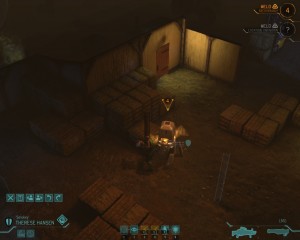 XCom Enemy WIthin’s addition of Meld, new enemies and upgrades are supplemental additions as they were integrated into the main experience.

Supplemental content refers to anything that is in essence mixed into the regular experience enhancing it with changes.

So that the playtime may not be that extended, but actually playing the game would be radically different compared to the original content.

With the games mentioned at the start, Reaper of Souls’ new adventure mode and act 5 are perfect examples of incremental improvements added to Diablo 3‘s experience. While both FTL and Don’t Starve’s new events, content and challenges are supplemental to the original content.

Now you may have noticed something , both FTL and Don’t Starve are randomized experiences while Diablo 3 featured a set campaign. Supplemental content is far easier to do in games build around a randomized or not set experience, while incremental works better when you have an idea of how long the game is or if you want to continue a narrative.

One genre that has really boomed thanks to supplemental content would be the strategy genre. Firaxis has used expansions to either spruce up their original game design or fill in gaps or wanted systems in their games. XCom Enemy Within’s addition of MELD and the EXAULT faction radically changed the early to mid-game of the experience.

But talking about adding DLC or expansions to your game, I would be remiss not to mention a company who has arguably made supplemental content their MO for game design: Arcen Games.

Arcen may have shifted their design philosophy last year to smaller, more focused titles, but their use of DLC has not changed. For the titles that really take off like their original success AI Wars, Arcen will continue supporting the game with more DLC and patches. They now make titles built around a very specific experience while thinking about what could be added if the game takes off while still delivering a great game.

If one of their titles does become a hit they already have the basis for their expansion/DLC. Or they may change the game based on impressions and reviewer opinions. For example Skyward Collapse not only received a new faction through DLC, but they completely altered the economy system and added a new victory condition as well. Playing AI Wars now, compared to the original launch is practically two different games after all the DLC and patches made for it. 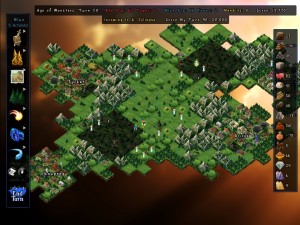 Due to the randomness of Arcen’s game design, their titles are perfect for adding new supplemental content to.

With that said, I am  glad that DLC has taken the place of expansions as it allows for games to have a much longer lifespan, compared to the “fire and forget” period of retail.

But there’s one other question we should talk about — Is there such a thing as a bad DLC/expansion? You could argue that more content is always a positive but with so many developers using different interpretations of DLC; it does make things a little confusing.

One developer may release everything as DLC such as the Train Simulator series, while others may only use DLC for small mini episodes. This has led to DLC pricing varying extremely: From 99 cent unit packs to $20 worth of maps, guns, etc. For me, there are two criteria that I like to use when determining the value of DLC.

One, is the DLC actually new content/experience developed for the game? If all you’re doing is reskining enemies and asking players to do the same thing as the main game, then it just doesn’t work for me. This is where Borderlands 2‘s DLC has been hit or miss. With people enjoying the full DLC campaigns which introduced completely new enemies and environments and not liking the headhunter DLCs that just reskinned enemies for a few minutes of play.

The second criteria is: How much does the DLC actually impact? For me personally, I’m not big on buying new unit skins, costumes, soundtracks and so on, as they are very small changes that don’t impact playing the game. There has to be some actual value or game changing content for me to be interesting in DLC. 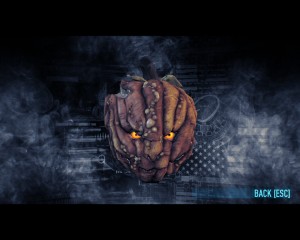 Overkill tends to bundle their DLC additions together so that buying one pack will get you weapons and masks which makes it an easier sell than just buying one or the other.

Payday 2 with the weapon packs is another example of adding value, by introducing new weapons, heists and so on that increases the gameplay options available.

The other part of that criteria is if the DLC doesn’t impact everything. One of the great things about expansions and DLC is that they give the designer a second shot at refining the game experience and fixing any problems that were discovered.

This is where supplemental content can be hit or missed, as if it only affects a quarter of your game, then people may not want to pay full price for it.

Going back to Enemy Within, while I enjoyed the new content, it did not change or add anything to the endgame of the experience which was disappointing.

When it comes to DLC pricing as we’ve talked about, there is such a wide berth of what is acceptable. Generally speaking, the more it impacts the experience, the more you can charge for it to some extent. It’s arguable if $40 for Reaper of Souls was too much or just right for the content, but that’s a discussion for another time.

As we’ve said time and time again, DLC and digital distribution has had such an impact on both selling and developing a game. And while many gamers argue that DLC is cheapening games, games are lasting longer in the public eye. This allows designers to continue making content and profit off of their games which gives them more leeway in developing new series or additional DLC.

Now the thought of AAA publisher’s insistence that DLC and microtransactions will be the future of the industry is a bit hard to tell at the moment. AAA publishers believe that they can double dip in a manner of speaking: Getting full price for games and then charging DLC on top of that. If the price point and content is right then maybe it will work.