Games For Windows Live after about 7 years is dead, well it has been on life support for what feels like years now but is slowly biting the dust. Microsoft’s grand experiment into the cross platform support of Xbox Live has ended in failure.

Thinking about the whole ordeal made me for the first time in awhile angry. Not at the end of the software or losing the few games I had on it, but all the wasted potential that GFWL could have offered to the Game Industry.

A Second Helping of Microsoft:

GFWL was the first digital platform released following the rise of Steam. Released in 2007, this was still considered the early days of Steam and during the time where people thought consoles would take over the Game Industry.

The original purpose of GFWL was twofold: To allow for cross platform play between the 360 and the PC and to give PC gamers the ability to use Xbox Live. The opportunity for both PC and console gamers to play together for the first time was a major pull for the service, despite its debut title Shadowrun not becoming a hit.

The basic functionality of Live also made its way to the PC, allowing people to keep in touch with their console or PC friends regardless of the platform they were on. Microsoft pushed GFWL hard and even became a licensing tool when Computer Gaming World was rebranded Games For Windows Magazine.

We all thought that Microsoft was going to score a winner with GFWL and be the platform that could compete with Steam. But that didn’t happen and Steam went on to become even bigger while GFWL sank until its death.

That leaves us with a simple question: What Happened? And looking at the timeline and decisions behind the platform, there’s only one element at fault– Microsoft.

One of the possible strengths that GFWL had over Steam was the backing of Microsoft. This was a console manufacturer and developer of an OS putting its weight behind a platform to try and bridge the gap between console and PC.

Unfortunately Microsoft’s attempt at building said bridge was less about providing benefits to the player but instead benefitting Microsoft. Before the release, Microsoft actually thought about making it required to have an Xbox Live subscription in order to use the service on the PC, or a platform that has had free online multiplayer for years. 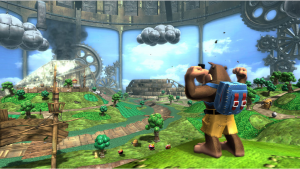 Nuts and Bolts was one of my favorite games on the 360 and its sandbox style gameplay could have been a great win for PC gamers before Minecraft became big.

After enough complaints Microsoft changed their minds and prevented GFWL from dying a quick death. However Microsoft ran into their biggest competitor: themselves.

For being the supposed link between the 360 and the PC, very few of Microsoft’s first or second party developed titles did not make the trip over.

Where was Crackdown, Viva Piñata’s sequel, Banjo and Kazooie,  Halo, Gears of War series or even XBLA functionality for crying out loud? The answer is simple; they were where Microsoft wanted them to be. The Xbox 360 was a money maker for Microsoft along with the added functionality of Xbox Live on it.

Why should they spend the time and money porting one of their most popular games to GFWL and make the game sale, when they could convince someone to buy a 360, get an Xbox Live subscription and of course the sale? We did get one Gears of War and Halo game on the service, but they arrived with barely any excitement and quickly disappeared from public eye.

Because PC gamers were adamant against having a subscription to play PC games, Microsoft knew that any cross platform support would be met by scrutiny from their 360 fans who had to pay for the service.

While Microsoft continued to improve Xbox Live with new updates, functionality and services like Netflix, GFWL was left to fend for itself. As Valve continued to add to Steam with more quality of life features, GFWL remained pretty much the same. I’m not sure if they ever added in the ability to directly chat with people outside of their messaging service.

People reported having connection issues, problem with authenticating games and more that remained with GFWL throughout its lifespan.

Moving on to games, the majority of games that were available on it were third party titles with few exceptions. Two major exclusives that were on GFWL were Age of Empires Online and Dark Souls but they couldn’t save a sinking ship. But even then, the majority of third party games found their way onto Steam. Turning GFWL from being a digital platform, and into an unnecessary step to play PC games. 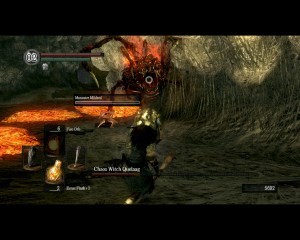 Dark Souls was one of the few games ported that requires GFWL and it will be interesting to see what happens to it now.

What makes me angry about GFWL and Microsoft’s abandonment of the platform is that they had the opportunity to provide something unique and they failed.

Given Microsoft’s background both as an OS developer and console manufacturer, I’m surprised that they didn’t work on providing easy to use tools and a platform for console developers to port their games to the PC.

Because digital distribution was still young and the PC still known for lazy console ports, this would have been the perfect opportunity for Microsoft to put a strong foot forward in supporting both the console and PC markets.

Imagine if developers like Atlus were able to easily port their console games to the PC with help from GFWL or giving Microsoft’s brands new life on the PC. Considering the role that Halo had in bringing the FPS to the consoles, if the series could also have been translated to the PC would have been amazing.

I have a lot of friends who love the open sandbox of titles like Minecraft, Terraria and Kerbal Space Program and those games were beaten to the punch by one of my favorite games– Banjo and Kazooie: Nuts and Bolts. And having the added support of PC fans could have helped the series go from being considered a failure to a small success that might have earned another game.

Despite being Microsoft’s flagship series, Halo barely made a dent on the PC and came and went quickly.

Sadly that didn’t happen and Microsoft’s plans for GFWL failed. They wanted to convince PC gamers to become Xbox fans when Microsoft should have instead focused on bringing console games to the PC audience.

If GFWL became the go to software for cross platform play, the state of the industry could have been a lot different. For example, how UPlay and Origin were developed or at all given the change in digital competition.

What may be perfect irony is that while GFWL failed to be that bridge between console and PC audiences and to compete with Steam, Valve is now attempting the same plan from the opposite direction with the Steambox.

Not only is the Steambox aimed at bringing the PC to the living room but it will also do that without any part of Microsoft’s OS. At this point it is still too soon to tell whether or not this will work, but I’m fairly certain that no matter what, the Steambox will still do better than Games for Windows Live. 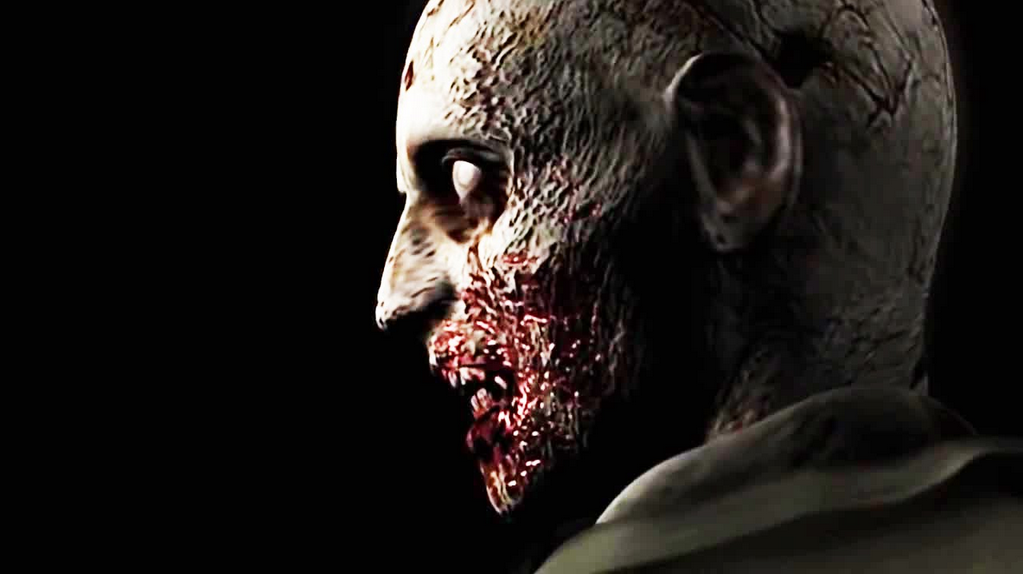