For my #9 pick, this is one of only a few really solid horror games released in 2021. Resident Evil 8 is the only AAA game to make it on the list this year and does it thanks to being a competent sequel to Resident Evil 7.

The indie space is still finding its groove with modern and modern retro designs out of the 90’s horror scene. Tormented Souls is a great example of a game that adheres to that style, for better and worse. With Resident Evil 8, this is the continuation of the design we last saw with RE 7. As I said in my original review of it, Resident Evil 8 is a more consistent game compared to 7 which had higher highs and lower lows.

My favorite parts of RE 8 are the middle when it’s just Ethan exploring the village and countryside for clues and resources. I still think that a wide space can work for survival horror, and RE 8 kind of teases that possibility. The best part of the game was the dollhouse section for bringing the game back to the puzzle-focus parts of RE 7 and the banned footage DLC. 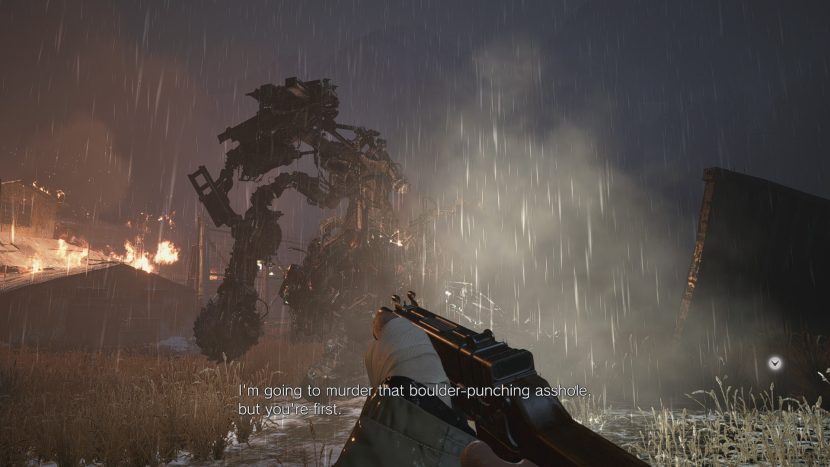 one of the few great moments in the final quarter

It’s the first and final quarters of the game that I find lacking and what keeps RE 8 from getting higher on the list. The amount of scripted content and encounters is very high, to the point that there are some that just walking a few feet ahead will completely despawn every enemy. The boss fights are not as interesting compared to the ones seen in RE2R, as every fight is going to be an exchange of a lot of bullets to bring them down.

The only other survival horror game this year that was close to competing with RE8 was Tormented Souls. While it was a great throwback, it was also limited in that respect. I’m still waiting for a new survival horror game that really builds on the lower-paced, exploration focus of RE7, while still providing some measure of fighting back. For now, we can all start dreaming about where the series is going to go with the inevitable Re9.