A few months ago I wrote a post series looking at some classic traps that Indie Game Designers fall in due to their inexperience and lack of understanding of the game market. And apparently there is one more topic that I missed that has managed to kill a game developer’s career before it even really began — not being professional.

The news piece that caught my attention was when one of the developers behind the game Paranautical Activity went on a rant against Valve due to a mislabeling issue with their game on Steam which ended with him saying that he was going to kill Gabe Newell.

In response, Valve has removed the game from the store, took away his developer options on Steam and in less than one hour, a game developer’s career in this industry is dead. There is of course more to this story including past behaviors by the developer and the company’s future is up in the air but that’s not the point of this piece.

The fact of the matter is that this developer was a complete and utter moron who failed to grasp something that any adult who wants to be taken seriously must adhere to — acting professional. No one is saying that you can’t scream and curse in your own home due to problems either big or small. But using social networks as your personal venting space and especially calling out your business partner is pretty much career suicide. 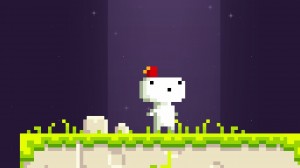 Fez developer Phil Fish made a name for himself for exploding on the Internet and eventually driving him out of the industry.

This kind of behavior seems to be a part of the Game Industry and made possible thanks to the anonymity that the Internet gives you.

But when you’re part of a company, especially the figure head of one, you need to remain civil with all your responses.

In today’s world, posting something on Facebook or Twitter or wherever can easily be tracked back to you. You can’t treat social networks, even your own personal forums as the local bar where you can go and complain about how your job sucks or what pisses you off.

And not helping matters is the fact that many game developers, who may not have had much experience dealing with people, are put in front of them on forums and such. But no matter what, you always have to remain professional.

For two years I worked at Comcast doing customer support and during that time I was cursed, yelled and worse at by people on the phone. And I managed to keep myself calm.

The point being is that when you’re dealing with your normal customers or people having problems with your game, you must remain civil and professional. When we spoke with one of the developers from Klei Entertainment, he told me how he would always take ten minutes before responding to angry customers so that he would have a cool head and not be emotional about it.

When someone does cross that line like the Paranautical developer or someone on your forum who starts harassing, that’s not the sign to stoop to their level but to use the forum rules or guidelines you set up to end the matter. It’s not about “feeding the troll” or not engaging, but following your own rules and making sure that the person knows that they are being punished for the wrong behavior.

Most people you’re going to interact with are going to be great who support your development and be your fans. But there will always be those rotten apples that are going to make things difficult. And it’s important to remember that you’re not some nameless face on the Internet anymore and that comes with special responsibilities that other people don’t have to deal with.

Indie studios like Team Meat are only made up of a few people, which is why they are very careful about PR as teams that small have every member as a face of the company.

One of the advantages and disadvantages of the Game Industry these days is that it’s very easy for anyone to get in, but it’s safe to say that a lot of Indie developers and teams didn’t learn professionalism from any business courses.

When you’re the head or face of a company, even a two man team, you can’t talk to people like a troll or it will come back to haunt you.